After an epic first night camping on the beach, we get up early again to watch the sunrise and waste no time in getting back on the road…I mean sand. Before we exit the beach at Freshwater creek, we stop at Red Canyon and see the coloured sands, a quite amazing but unfortunately graffiti'd natural phenomenon.

Back on the highway and our next stop is the good old town of Bundaberg, home to my personal favourite- Bundaberg Rum. Doug isn’t really into rum and I’ve been there twice before, so we don’t do a tour or tasting, but we do snap a quick photo out the front and buy a token souvenir for camp tonight, and get back on the road. 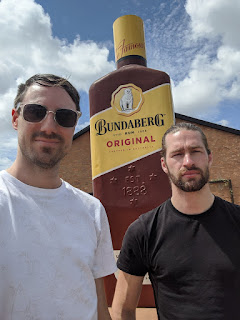 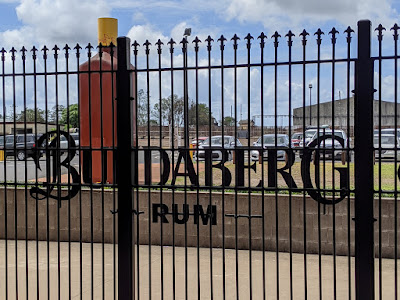 During our long stints on the road, many a story is shared, many a great joke is told, and many a profound revelation is discovered. One such revelation is about the pace at which we are progressing around Australia, and how much we are managing to fit into each jam-packed day of this trip. After a period of silence, Doug announced that as we are travelling faster, time is moving slower and we were aging slower than everyone else. I said I guess that means we are living life to it’s fullest…literally. After going to say “lawyered” (as in, point proven) I realised that wasn’t quite the right word, so I suggested “physicist-ed” which didn’t really flow. Thankfully Doug had the answer: “I think it should be physifisted”. 🤦‍♂️ 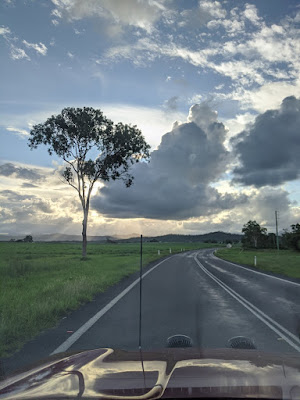 Tonight’s campground is in Eungella National Park, down by the Broken River. This area is well known for platypus sightings and has a few nice walking tracks through the rainforest. The road in is steep and windy as we climb up into the mountains, and also into the clouds. 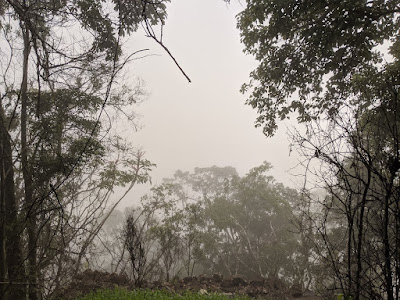 The “sky window” lookout is nothing but white (the glass is frosted) so we continue on to the campground and explore the rainforest as the sun goes down. 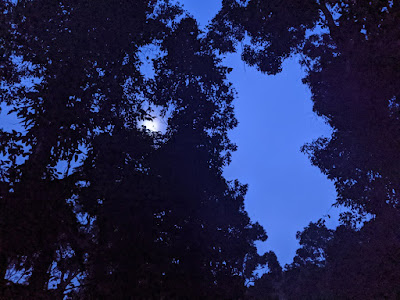 By the time we finish the walk it is more or less pitch black but for the full moon. This enabled us to see a few interesting things, like a sunset in the valley, bats flying into us, and the bio-luminescence of the fireflies as they come to life for the night.

The Broken River Bush Campground is a lovely spot, but we do find a few leeches around. I’m not sure how successful this guy was at sucking blood from my swag… 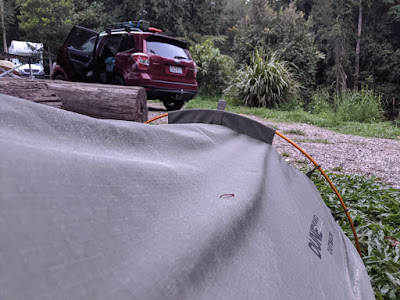 The next morning we drive out of the National Park via the Finch Hatton Gorge, where we walk in to see some waterfalls. 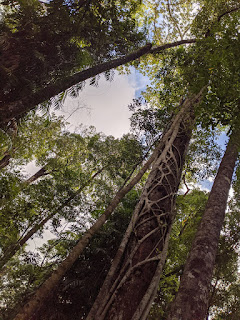 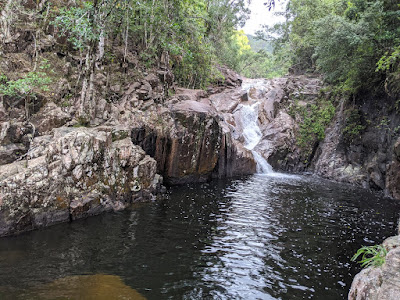 I say “walk” but it was really more of a heavy-breathing ascent as we hurried our way into the mountains. Despite being more sweat than t-shirt by the end, the physical activity was both invigorating and well worth it as we reached the “wheel of fire”, a rock-pool which was great for a swim. 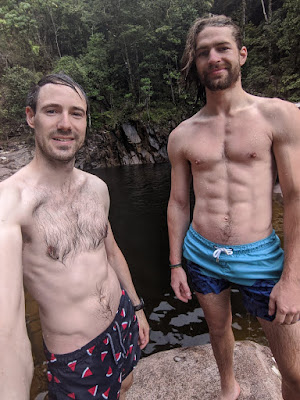 Back on the road and next stop the city of Cairns!
Camping Trip:Doug & Dave's Aussie Adventure
Location: Eungella National Park, Queensland, Australia