January 09, 2020
It’s the evening on day 3 of our 18 day adventure and we hit our first major stop- Cairns, the tourism capital of Far-(North)-Queensland. We arrive with an hour of daylight remaining so we make our way to the Cairns Lagoon, to take the same photo that every damn tourist does. Welcome to Instagram.

After a short walk up and down the esplanade, and enduring the typical Cairns sun shower, we checked in at the Gilligan’s Hostel, got dinner and turned in early to be well rested for our big day tomorrow. 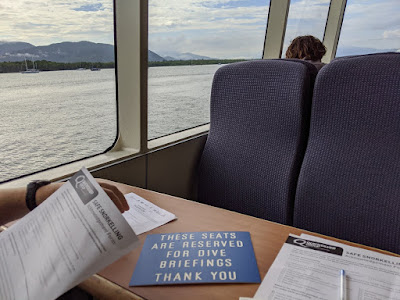 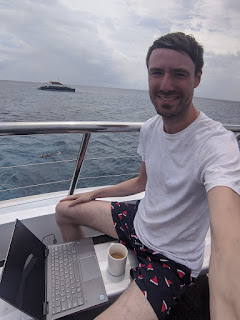 The next day we grabbed an early breakfast at the hostel and headed straight down to the pier to get on the SilverSwift for a day on the Great Barrier Reef. We spent our day at Flynn’s on the outer reef, with the first stop at Tracey’s.


Although I’ve scuba dived on the Great Barrier Reef before, Doug hasn’t and it was a fantastic experience for both of us. What was new for me however, was having the GoPro Fusion, so it was great to get some fantastic 360 footage down as far as 19m on the second dive at Gordon’s.


Our third and final dive site for today was at Coral Gardens, where we follow along an underground wall at about 14m. It was here I got some of the best footage of the day as well as seeing many schools of fish and other marine life, including a reef shark.


Once back in Cairns, it was time to pack our bags, stock up on food for the outback, then enjoy an epic party night at the most happening place in town, conveniently located downstairs at the Gilligan’s bar and nightclub. 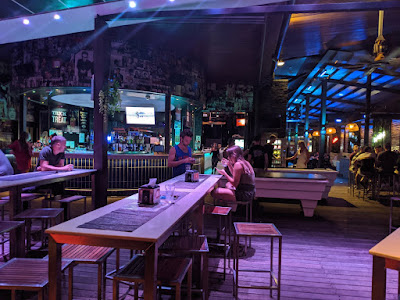 We started the night strong, catching up with Maddy, a friend from a the European Topdeck tour where Doug and I met. Shortly after that we saw a python and freshwater croc courtesy of the wildlife visit in the bar, then it was on the staples of an hour of free sangria (for hostel guests) and a beer pong competition. 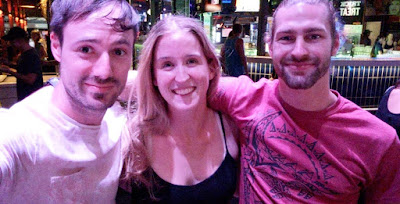 Although Doug was an expert player, I had to inform him that this was unfortunately only my second time playing  beer pong, but I did win the first time so that’s something right? 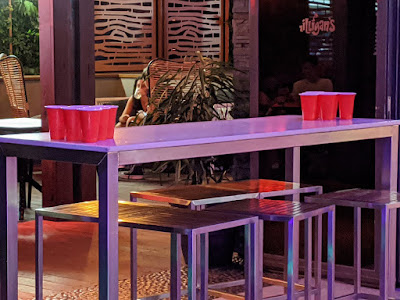 After winning a few rounds, we lost out in the semi-finals just as ladies hour began. For those who don’t know, ladies hour at Gilligan’s entitles any girl to free champagne from 10pm to 11pm. Naturally we tried to use Doug’s long hair as a reason for him to be “girl enough” for free drinks but surprisingly it didn’t fly. However all was not lost thanks to the 2 british girls we had made friends with in the first round of beer pong. 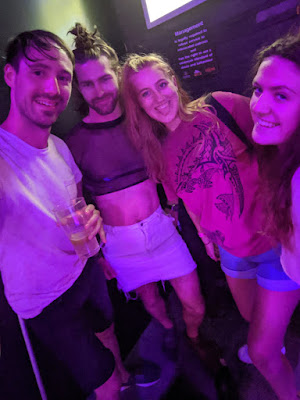 Being the good wing-man that I was, I helped convince one of the girls to give Doug her mesh t-shirt in exchange for his opaque one, however the bartender was still not convinced. To his credit, Doug did the hard sell on the other girl, convincing her to swap her skirt for his shorts (in the privacy of the bathroom) and it was on, FREE DRINKS FOR DOUGO. And well deserved.

It was at this point I decided to call the night a success and hit the hay, ready to drive first shift tomorrow morning, but I am lead to believe that the party did in fact continue in my absence with:
For those of you playing at home, only one of the above things did not happen that night… I’ll let you decide which one.
Scuba Diving Trip:Doug & Dave's Aussie Adventure
Location: Cairns QLD, Australia