Cards on the Tablelands

Following on from the shenanigans of a night out at Gilligan’s in Cairns, a weary Doug and (thankfully driving) Dave hit the road, but before Doug can get any real sleep we stop in for a quick swim at Palm Cove. 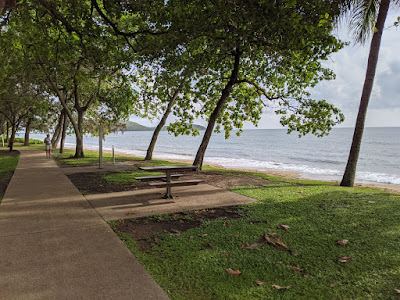 The beach here is not just an incredible sight, but with a stinger net it’s also a great place for a swim! The water is a lovely temperature and a refreshing splash to the face is just what we need to start our day. 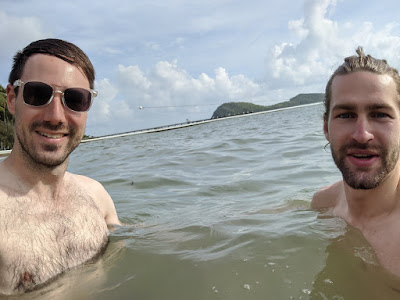 The next stop is at Barron Gorge National Park, which we first approach from the lower (Smithfield) side and take the Douglas Track from the end of Stoney Creek Road. This walking track crosses the railway line and proceeds to climb up a series of steps then switchbacks to ascend the valley wall. 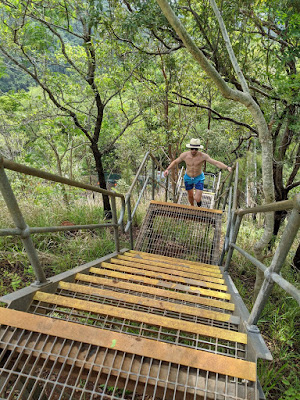 This is of course a 3km section which is meant to be done slowly and with some breaks, but in true Doug and Dave style we have lots to do and would rather hit this hard and while it’s still early enough in the morning that the temperature doesn’t kill us. 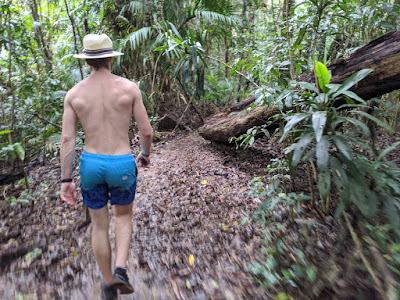 Once we reach the escarpment, it’s a short walk through the rainforest to reach a lookout at Glacier Rock. The view is incredible, made only more interesting by the easily climbable tree available to get a better viewpoint. Many an IG banger was taken at this point!

Back down the mountain and we are glad we powered up the mountain while it wasn’t too hot. Even the slower and easier walk down was exhausting and ended up with pouring 2 sweaty bois back into the car. Praise the almighty Forester, bringer of Air Con! 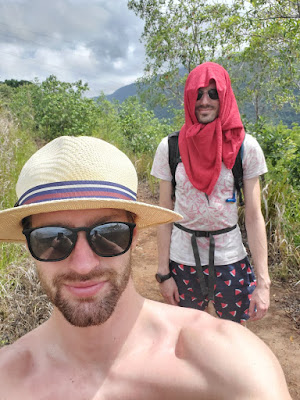 As we drove up into the Atherton tablelands, we stopped off a Kuranda to see the more touristy lookout of Barron Falls. With the sealed paths and immaculate boardwalks, there was nothing challenging about this stop, but being able to walk through the canopy of the rainforest did have its appeal and its fair share of good views. 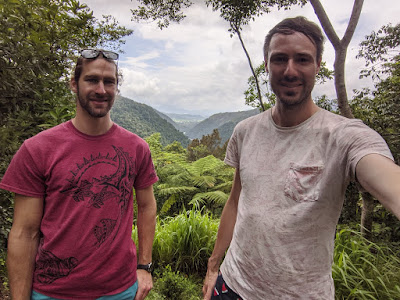 Just south of Atherton, we stopped in at Hypipamee National Park to see The Crater and Dinner Falls via a 1.2km loop track. Being so close to the highway and easily accessible neither Doug or myself were expecting much, but The Crater, which we saw first, literally took our breath away.
Standing 50m above the crater lake, which is a further 70m deep, surrounded by sheer cliffs on all sides, it is hard to describe (or photograph) the scale of it! 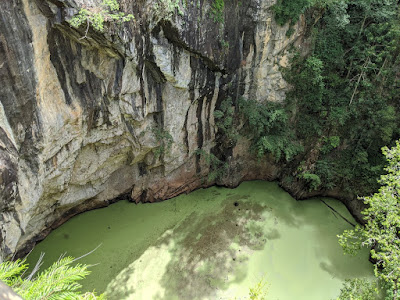 Dinner falls weren’t as impressive, but a nice side tour to walk along the river to the carpark is better than returning the way we came. 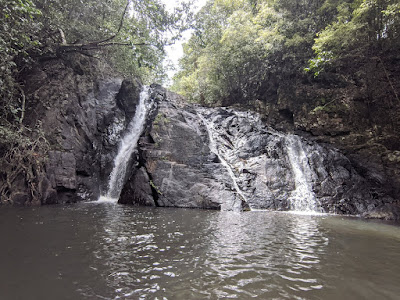 Our next stop was at Millstream Falls which, according to the guidebook, is Australia’s widest waterfall. We see the brown “point of interest” road sign for the falls, followed by a turn off which we take and then see another sign for Little Millstream Falls in 1.5km, which matches the distance in the guidebook so we head in and walk down. 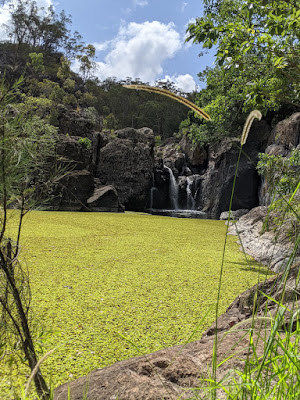 The view is nice, especially with the vegetation covered water pondage at the bottom, but we are quite confused as to how this not at all wide waterfall could be Australia’s widest… So we go for a walk upstream along the rocks and find this instead- allow me to introduce Australia’s Crappiest Waterfall.

Underwelmed, we return to the highway and continue to drive, only to find another sign for Millstream Fall (not Little Millstream Falls) and suddenly it all makes sense. We take the next exit and quickly visit the lookout platform to see the *actual* widest waterfall in Australia before getting back on the road, Undara bound. 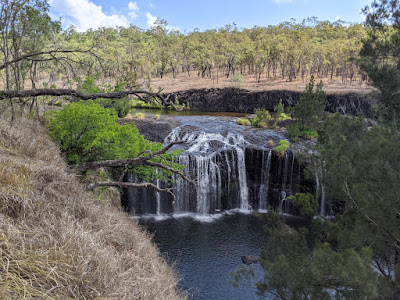 Today’s final attraction is the lava tubes and crater rim at Undara National Park. Unfortunately as it is the off-season for tourism in the area, the lava tube tours are only happening once at a day and we’ve missed it, but the walk around the rim of Kalkani Crater is a fantastic experience with some great views along the way, and well worth the trip into the park despite the disappointment of no lava tubes. 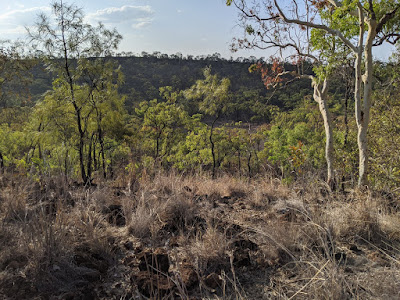 Tonight’s campsite is at the Cumberland Chimney, 20km west of Georgetown. The Chimney is remnant of a crushing plant which used to exist beside the lagoon. It’s a great place to camp for the night and we enjoy having the rest stop to ourselves, however we opt to stay about as far from that lagoon as we can due to the likelihood of crocs in this part of the country. 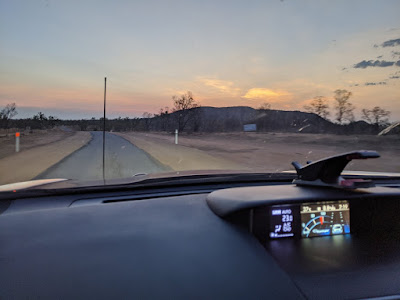 With the temperature still above 30°C at 8pm, it’s time for a cold beer and a good night’s sleep ready for a big day of driving tomorrow. 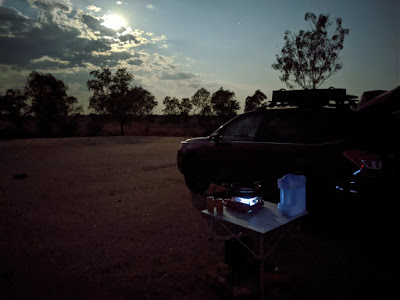