Day 1 of Doug & Dave’s Aussie Adventure begins with a drive. A long drive. In fact we’ve intentionally front loaded the driving to Cairns as there isn’t *all* that much we want to see along the way, and plenty more we want to see in Cairns and beyond, but we swap drivers regularly and talk for hours as we catch up on everything that’s been going on since last time we said farewell at the end of our European topdeck adventure. 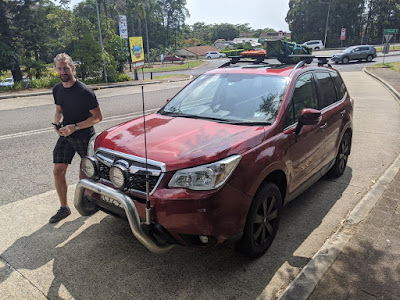 Our first real stop is Coffs Harbour to see the big banana, and make many an inappropriate banana joke… naturally. From here it’s back in the car and Byron bound for lunch. 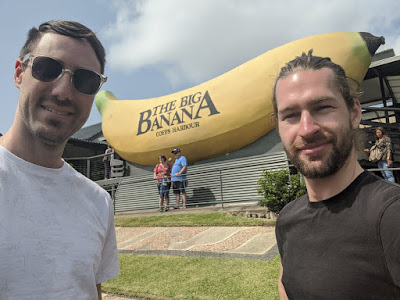 Byron Bay isn’t necessarily my favourite place to spend a bunch of time, unless at a festival, but it is far too iconic not to stop in at. We stop for an Australian staple, takeaway fish & chips on the beach, as we take in the sights, sounds, and beautiful people of Byron Bay. 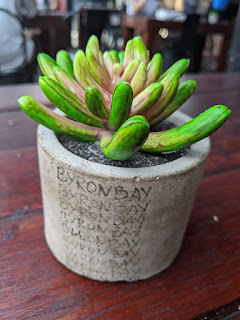 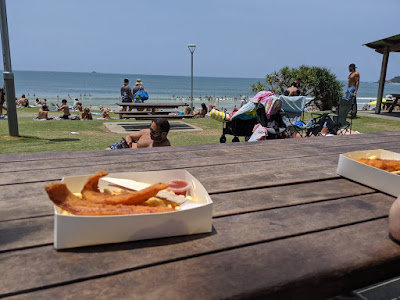 The final stint of highway driving for the day brings us across the border from NSW into sunny Queensland. We arrive at Noosa Heads where we attempt to head out on a short walk to the fairy pools. I say attempt because:
A quick google search as we drive into Noosa tells us which walking track to take, and roughly where to find them- in short: walk along the coast until the path turns right, if you reach the nude beach you’ve gone too far. 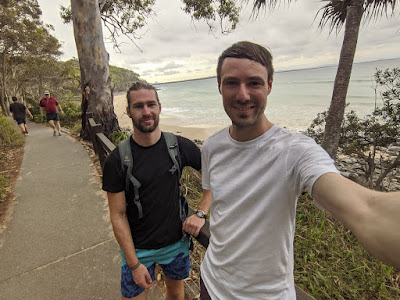 Thanks to a photo we found online, we know what shape the rocks are and we find them, but as expected they are well underwater at this point. Regardless we scramble down the rocks for a closer look and manage to take a few beautiful photos out over the bay. 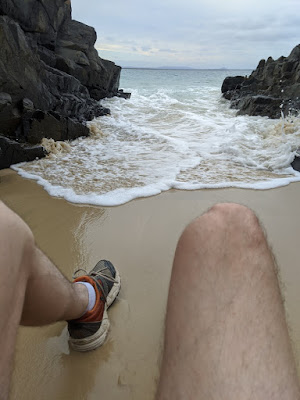 After the walk back to the car we head out through Tewantin and across the vehicle ferry to the Noosa North Shore beach, where we let down the tyres and hit the sand. 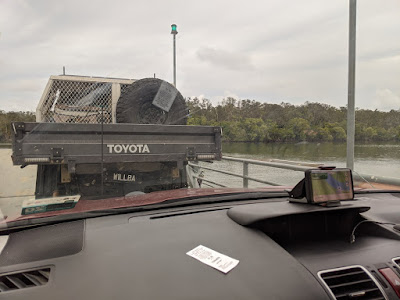 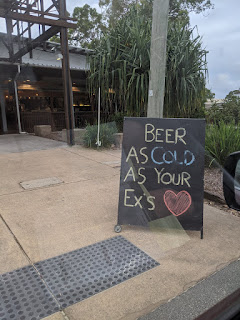 The tide is high and the sun is setting, so our progress is slow as we head towards the Teewah Beach Camping Zone approximately 15km along the beach. With only the soft sand at the top of the beach accessible to drive on and an early sunset time of 6.45pm, I’d be lying if I said the timing wasn’t getting tight. By the time we reach the camping zone and find a spot the sun has set, but thanks to the driving lights we made it in safely and set up camp before it was pitch black. While I wouldn’t have wanted to be much later, I have to say it was nice to legitimately use the driving lights for the first time, rather than just turn them on for the sake of it. 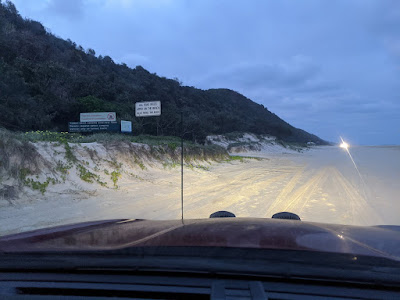 With 1100km of highway, a jog/rock scramble, some sand driving and a goal of camping on the beach completed, it feels like an epic first day of our trip. And I can’t wait to see what day 2 will bring! 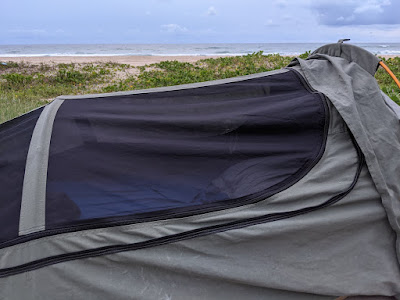