Our adventure begins on a sunny Thursday in February. After an evening of classroom work at Prodive Alexandria, we meet at the Victoria Park pool for our first scuba dive- in a swimming pool. 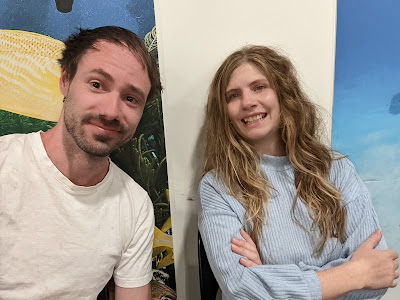 I say "our" but really I mean Mala's. I've been scuba diving many times, but I'm here today doing the open water course again as moral support. It was a gift she may not have bought herself (or even wanted) but I'm convinced she's going to love it when she gets down there. 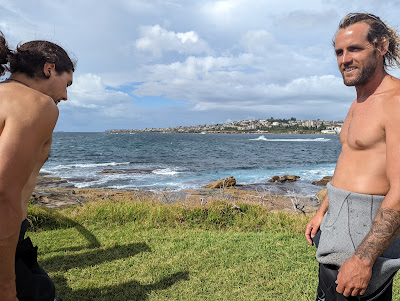 After a mundane but perfectly successful training dive in the pool, we head to Malabar beach for the first 2 of 4 ocean dives. In the relatively shallow 6m she has no trouble and quickly falls in love with being up close and personal with the abundance of marine life (just don't mention the sharks... I mentioned it once but I think I got away with it). 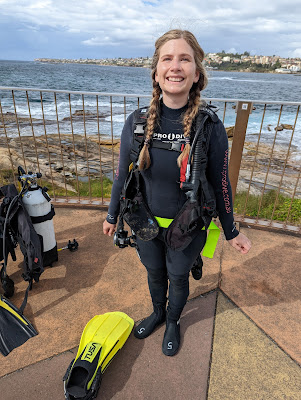 The next day we head to Gordons bay, but the euphoria of Malabar's success has worn off and at 14m the deeper waters are a bit more panic-inducing and she is the first to admit that she might not be able to do this. 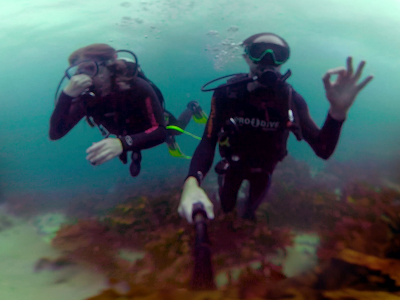 However once again the marine life managed to distract long enough to descend to 13.7m and both of the remaining dives went off without anything worse than breathing through air at a slightly higher rate than usual. In the process we managed to see gropers, stingrays, wobbegong sharks, nudibranchs, a bull ray, a stonefish, an eel and even an octopus hiding between some rocks.

Having successfully completed the open water scuba diving course, our group sits down to enjoy some pizza and beers with our instructor Daniel as he asks Mala how she found it. Now he may have expected her to say she struggled with the deeper dives, he may have expected her to say it was nice to try but its not for her, but she answers his question with a question of her own. "Which dive sites have the best chance of swimming with seals?" she says, as she books 4 more dives.