With Uluru finally ticked off my bucket list, it’s onto South Australia. So far we’ve travelled a whopping 8500km with no mechanical issues (barring the puncture of 2 tyres), but today that luck changed slightly when the oil light came on between Yulara and the SA border.

Thankfully a quick pit stop at Kulgera roadhouse solved that problem and we were off again, on our way to Coober Pedy, when we saw a turn off to Owen Springs Reserve. We were still ahead of schedule so decided to stop in and check it out.

The sign said that Lawrence Gorge was 23km down the dirt road, with 4WD required. It was an enjoyable drive, however after 23km it became evident that the river bed was completely dry and no gorge would be found. We were about to turn back when I saw a side track which looked to go down to where the river should be, so I went off the road to check it out. 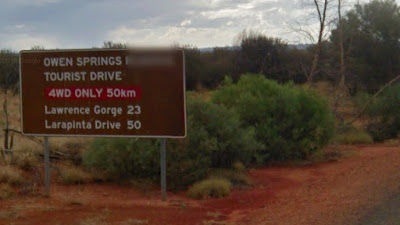 The first half of the river bed was rock and an easy drive down and out the other side but then it turned to sand, very soft sand, and we hadn’t let our tyres down… This was immediately a bad idea, but before I could turn around, or even slow the car we have gone over a slight hill and ended up bogged.

Needless to say I was slightly concerned (read: freaking the hell out at my own stupidity). It was a challenging situation as Doug was calm and functional but didn’t have the first idea of how to recover a 4WD, whereas despite me having the knowledge required, I was not in any sort of functional state. Thankfully Doug managed to calm me down enough to tell him what we needed to do, but not until I had explained in detail exactly how screwed we really were. 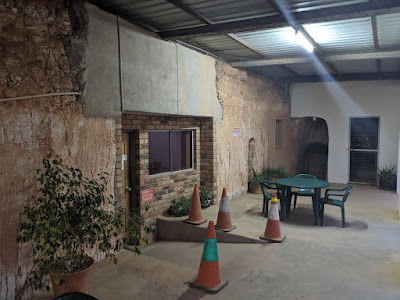 A combination of deflated tyres, maxtrax, force of Doug, and momentum in reverse got us back up over that hill and onto the rock and we both breathed a sigh of relief. No more side tracks for me!
Once we arrived in Coober Pedy we checked in to an underground motel. Aside from having a real bed for the first time in weeks, it was a pretty fantastic and unique experience sleeping in an underground cave. 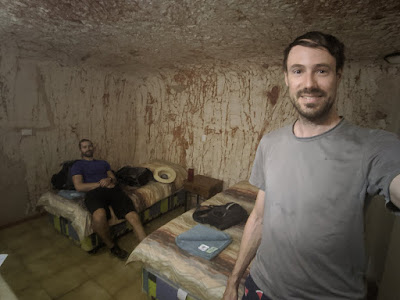 The next morning we made the long drive into Radelaide, with a couple of stops on the way. When your girlfriend’s name is Mala, one does not simply drive through a town named “Marla” without stopping to take a photo. 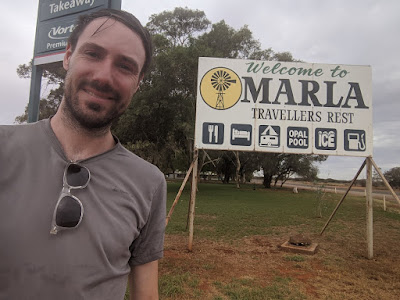 The other place we stopped was at Salt Lake Hart- an interesting experience given that I’d never seen a salt lake before. 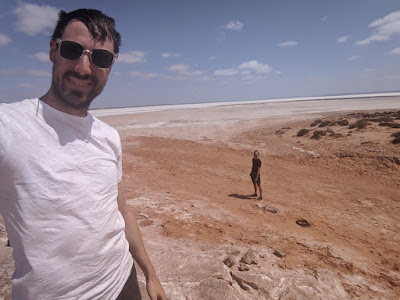 We walked down from the lookout to the “water”, along a somewhat unofficial path. This was fine until we reached the railway line blocking our path, but thankfully a drain pipe went underneath. Cheers to Doug for the great candid shot.

Once we arrived in Radelaide it was time for another Topdeck catch up with Tess and Casey, starting at Glenelg beach. 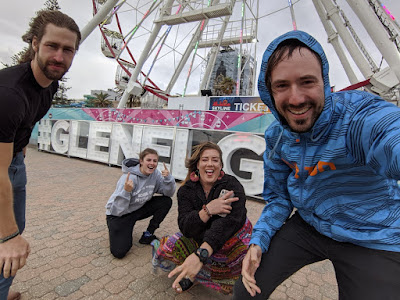 The view was nice, until it started pouring with rain and wind strong enough to hold you up. A night of drinks and sharing interesting travel stories ended with a trip home via a lookout over the city. 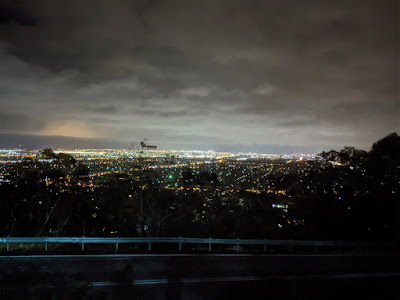 All in all a great spot to stop off and catch up with friends, but even more importantly – finally securing the elusive Bridgestone all terrain tires we’d been chasing around the country! 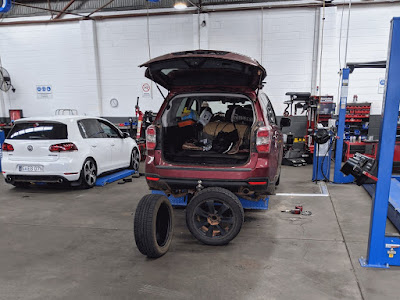