April 23, 2019
With so many historic huts under my belt from my last 2 days in the Jagungal Wilderness, today is time for something a bit different. I start with a short ride down the (steep) hill into the back of Guthega Power Station, where I meet my support team bright and early in the carpark for a freshly cooked breakfast. 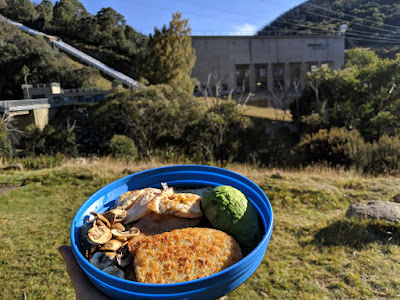 From here I ride up the dirt road towards Guthega Village, but take the Link Rd turn towards Smiggins Holes. Before I get too far I leave the dirt road and take a fire trail into what would be the Perisher Ski Resort area during winter, but right now looks like a strangely apocalyptic industrial village with all the chairlifts closed down! 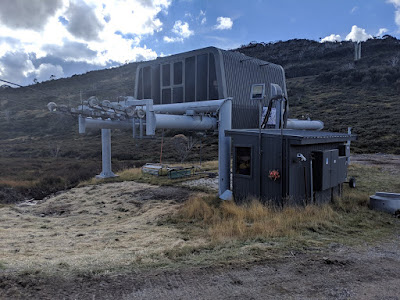 Now when I was planning this route, I remember thinking it would be kind of cool to go past the base of a chairlift and then through a ski area, particularly one which I know as well as Perisher where I might actually recognise some of the landscape. However I can state now for the record that I was wrong. 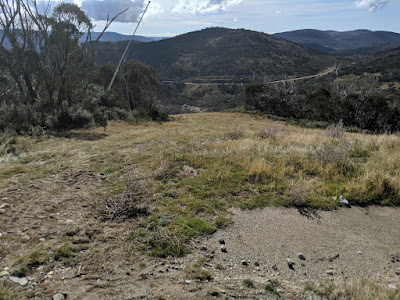 It turns out, surprising as it may be, that mountain biking UP a ski run is not all that pleasant. For one thing the “trail” is just a clearing, it's all rocks, grass and a lot of friction. That is, of course, it would be if it weren’t just so steep that you can’t even ride! (See earlier blog about riding a fully laden mountain bike up steep hills). 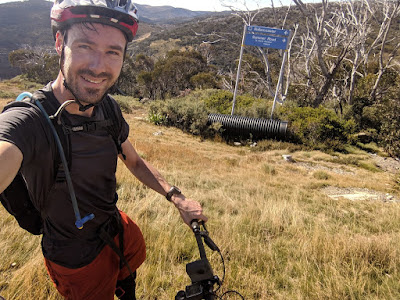 Once I got up that ski run though, riding the oversnow track back into Perisher front valley was kind of cool and then I’m on the smooth tarmac of the huge Perisher carpark and its up the road to Charlotte Pass I go. 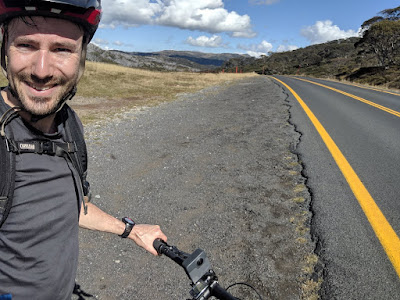 Despite the constant climb up to Charlotte’s, the sealed road and familiar terrain make it go quite quickly and before I know it I’m back on the fire trail Kosciuszko bound. The ride from the Charlotte Pass carpark to Rawson Pass via Seamans Hut is one which I know well, as I did it the very first time I came to the Snowy Mountains in summer. Back then there was no fancy Forester, instead a Mazda 121… with a blown head gasket… which I somehow managed to get from Jindabyne up the Charlotte Pass (don’t ask me how). 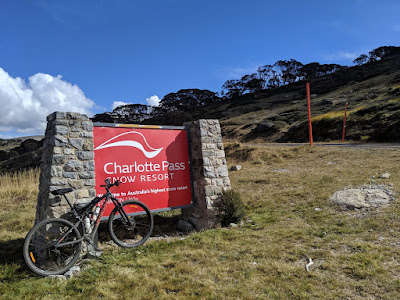 The junction at Rawson Pass is my next check-in with my support parentals after our Guthega breakfast this morning. While I rode under my own power up the most direct path, they had to take the petrol-driven machine the long way around, all the way back down to Jindabyne, up to Thredbo, then a chairlift up and a board-walk out to Rawson Pass. 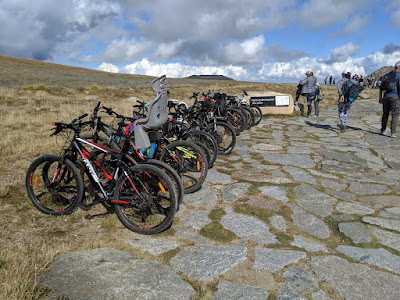 Initially I expected them to beat me to Rawson Pass, and have time to summit Mt Kosciuszko and back before I got there, however not only was I a lot faster up the mountain than I expected to be, they also took their time checking into their accommodation and enjoying the sights and sounds of the mountain on the way. By the time I could see them coming, it had reached the point at which there was no longer time to summit Kozzie, but given the number of times I had done it before that was no issue. The bigger issue was that they had realised they were late, and rushed, tiring them both out physically and stressing them mentally that they wouldn’t make it back in time for the last chairlift down the mountain. 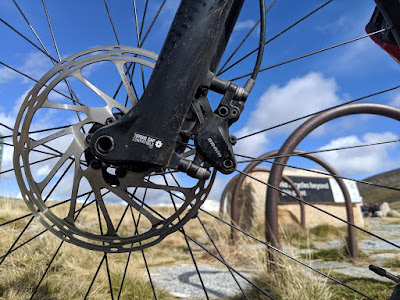 Thankfully that wasn't the case and I assured them we would make it, gave them some water and something to eat, and we set forth back down the mountain walking my bike (as I’m not allowed to ride on the board-walk). We might not have made it up Mt Kosciuszko this day, but the proof of success is in the photo that we got at Rawson Pass, with the very top of Australia in the background immediately behind us. 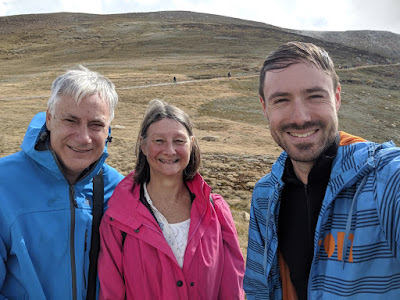 Now after a nap in the sun at Rawson and a leisurely walk down the board-walk, I was relaxed and full of energy for the last bit of fun which today’s “ski” adventure had in store. For those who don’t know, the Thredbo ski resort turns into a mountain biking resort in summer with dedicated single track built to get you down the mountain in style- no fire trail descent for me today! So I palmed off my backpack and heavy bike bags to my support team to take down the mountain on the chairlift, and got to ride my 12kg Specialised Epic in all its glory. The single-track down the mountain was epic and fast and I captured the whole thing in 360 degrees- my best GoPro footage to date.

The run down was going extremely well until it started to rain, lightly at first, but then picking up. By the time I was nearing the bottom the track was wet and muddy and the top layer was like a skid track and I ended up losing traction on both wheels around the corners more than once. 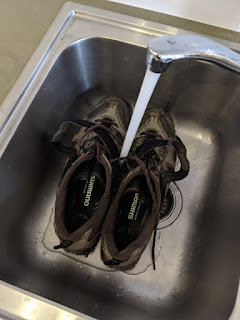 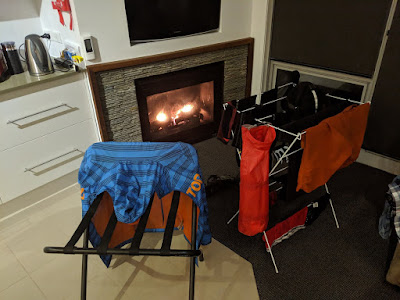 Needless to say I ended up filthy but very satisfied by the time I reached my accommodation for the night. I wasted no time in cleaning and drying all my gear ready for the final day tomorrow. Bring on the Pilot Wilderness!