April 18, 2019
So here I am, standing at the “Boundary Rd” sign on the northern border of Kosciuszko National Park about to ride into the Bramina Wilderness, the first of 4 wilderness areas I will cross over the next 7 days. It is a beautiful day in the Brindabella ranges as I attach not 1 or 2, but 4 separate bags onto my bike and I calmly question the sanity of what I’m about to attempt. 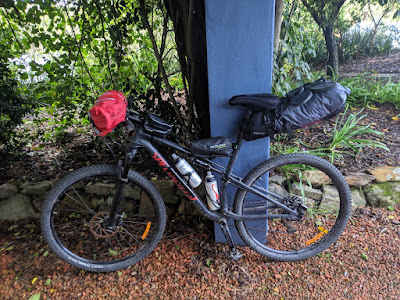 My goal is to ride from one end of Kosciuszko National Park to the other, some 320km south of here, up (and down) Australia’s tallest mountains, carrying all my gear, just like bike-packing but of course off-road because sealed roads are boring. But before I get into that, let me tell you how I got here. 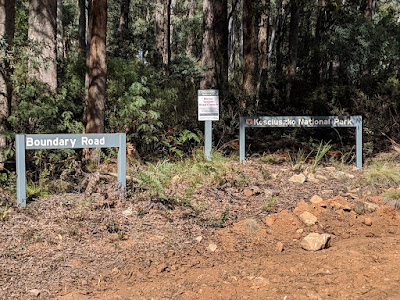 You may recall from my new years’ post the mention of a training plan. This adventure has been in the works officially since a little over a year ago, but it’s taken the intel gathered from the last 4 years of camping in the Snowy Mountains to piece this route together into a coherent plan. After first discovering the beauty of the Snowy Mountains in summer way back in 2015, I quickly made it my goal to visit as many of the historic huts as possible, and now that I’ve ticked off all those which are easily accessible by day trips, it’s time for a bigger adventure…

Now let’s not sugar coat this, this plan was bat-shit crazy. BUT it would also be:
So from there I spent 6 months planning, 6 months training, and now we’re here. 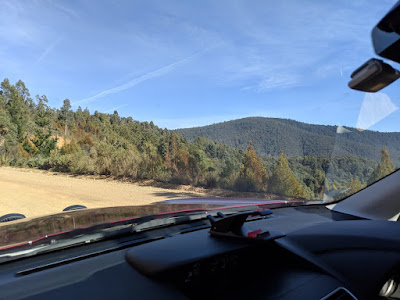 To say this trip will be challenging is an understatement. As well as the physical endurance I’ll need to ride this distance and climb with a gear-laden bike, there is also no mobile reception, a cold (and unpredictable) alpine climate and no emergency access or escape route for large sections of the ride. Given I’ll be riding solo for this trip, I’ll not just be carrying a PLB (in case of absolute emergency) but I’ll also need a support team in the area, who can:
So naturally I conned my parents into it. Thanks Mum & Dad! 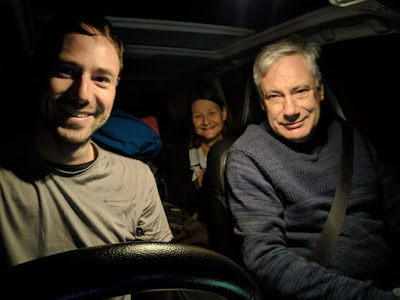 With the car packed and the bikes (yes bikes, I’m taking a spare) on the roof ready to go, we get up at stupid o’clock and leave Kenthurst bright and chirpy at 5:15am. Half of day 1 is spent actually getting from Sydney to the Snowy Mountains, but once the sun comes up as we grab breakfast at Goulburn, it’s a pleasant drive. 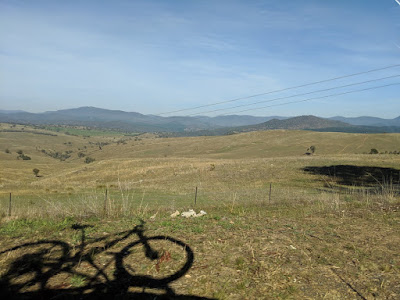 The ride on day 1 takes me from the National Park boundary in Brindabella down into Blues Waterholes. The first section of this is the Cooleman Creek Trail through to Long Plain Road where my parents will be waiting in the car. For this trip they are driving my Forester which has been recently kitted up with a proper radio and driving lights, so with Dad driving they’ll have no issue getting to where they need to meet me. 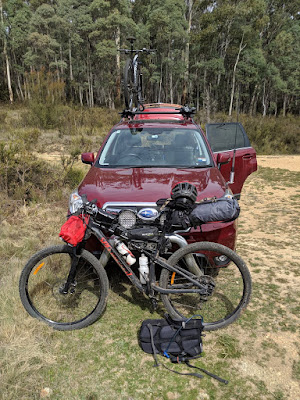 This first ride is only 13km, but it’s a good initial test of how the bike handles going downhill with all the gear attached. Let’s face it, if you take a 12kg MTB, add another 12kg of gear on it, then add another 7kg in a backpack on the rider, you kind of expect it to ride somewhat like a tank, so I wasn’t expecting much. Despite the additional weight I found the handling rather good and significantly less tank-y than expected and I manage to ride at reasonable speeds downhill while still in good control. I will, however, put this down to 2 things; 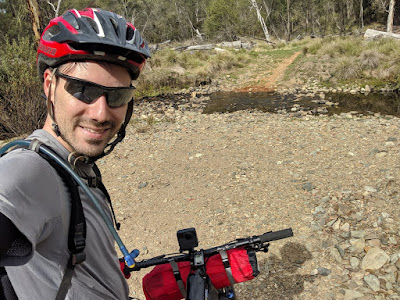 The next section was up Long Plain Rd and then into Blues Waterholes, a further 25km in distance but more importantly 700m in climb. This was the next test, to see how the tank-bike handed UP the hills, and more importantly how my legs handled it. It was a test of my condition afterwards, but also a proof of concept that I could maintain the average moving speed I was expecting (and requiring) to complete the journey in only 7 days. 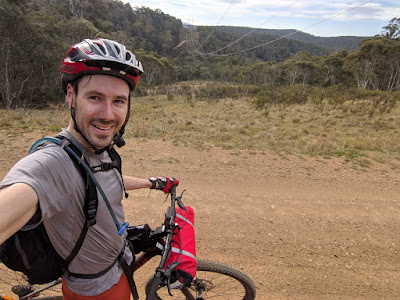 The ride was long and tiring, as I quickly learnt that I couldn’t power up serious climbs with this much weight. Slow and steady was the way to go, but with this in mind it was more than manageable and I came into camp 1.5hrs before my expected time of 5pm to the delight of my eagerly awaiting support team. 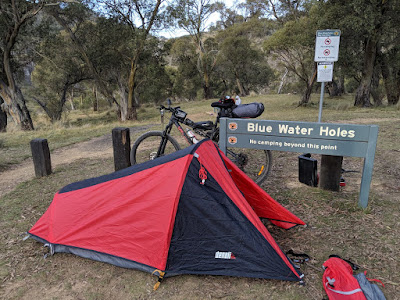 With water already on the boil, it was time to set up camp and have a solid dinner of spaghetti bolognese and make sure my body was full of the carbs it needed for the next (and subsequent) days. However, just before my parents were about to depart my campsite for their holiday home in Talbingo, we noticed something slightly off with the Forester…a flat tyre. Good work Dad, 1 hour of driving and you’ve already broken my car! 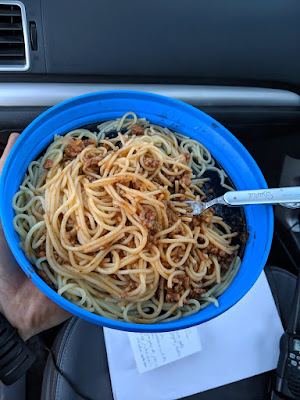 Jokes aside it was good to find it now and not once they had started driving, as Dad would have had to change the tyre by himself…and possibly in the dark. As it was they did have to drive the last portion of dirt road in pitch black, I guess it’s a good thing I got around to installing those driving lights! 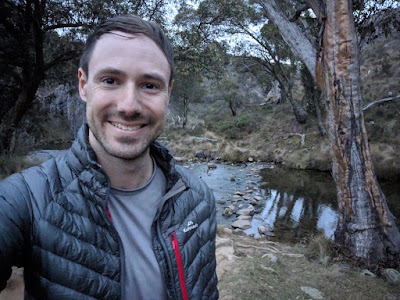 After changing the tyre and finding the culprit (a well-placed screw in between the tread) I send them on their way and go for a short walk around the area as the sun goes down. Blues waterholes is a beautiful spot, and as one of my personal favourites it is a fitting spot to camp for the first night of my Tour de Snowy Mountains.