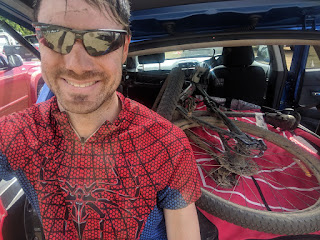 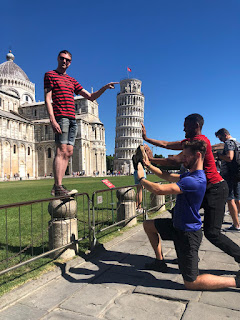 The Leaning Tower of Pizza

Today I make my way into Italy, land of pizza, fine wine, and finally a decent coffee! This is probably the country I have been most looking forward to on this trip, see the main 3 reasons above. I was lucky enough to have a godfather (Dad’s best friend) with Italian heritage so have been brought up to appreciate these things. I’d love to tell you that I also picked up some of the language, but despite a short attempt at Duolingo lessons, not much has really managed to stick. I know a few nouns which help occasionally but realistically I’m relying on the locals’ ability to speak English. Our first stop is at the leaning tower of Pisa and I can’t help but take the same photo everyone does. Once I’m done with that I explore the walled area adjacent and find that Pisa is a beautiful city for more than just the failed engineering! Before I go, I notice just how many people are standing in the street with their hands up trying to get ‘that’ photo, so I can’t help but go and snag som