A few weeks ago Nick mentioned to me that he'd like to go diving at some point because its been a while and he wants to remember how to do it before his upcoming trip to Vanuatu. Given I feel somewhat the same about lead climbing prior to my Canada trip we make a deal, so after last weekend's diving trip here we are at Boar's Head near Katoomba in the Blue Mountains. 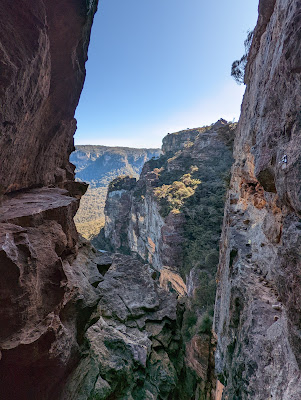 I was prepared for the cold, particularly in the section of Boar's Head known as the wind tunnel, but it turns out to be a beautiful day and barely windy at all. Boar's Head is a rock jutting out from a lookout, which we start by taking the first abseil to get down to it. 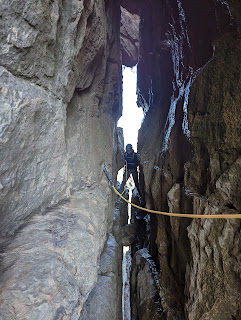 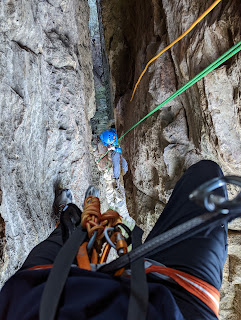 After then passing through the wind tunnel on a static line, we take the second abseil directly down through a gap in the rocks for some incredible views. The third and fourth abseils take us down the southern side of the rock, where we traverse around the outside face as we look down Megalong Valley. 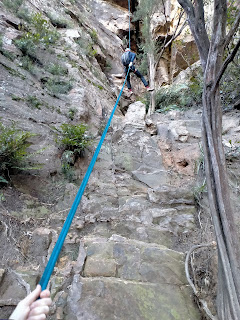 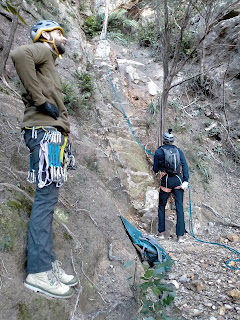 Once we reach the northern face of the rock, we scramble up some rocks to the start of the first climb which ends with an anchor point on a small ledge, almost in line with where the second abseil ended. 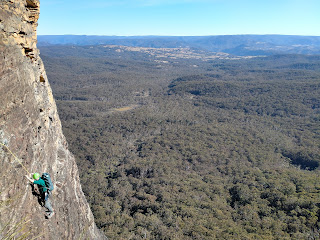 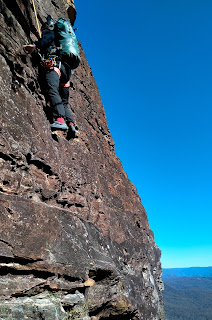 The second climb traverses to the left and meets back up with the path down from that second abseil, from which we can rig a final static line and walk out. 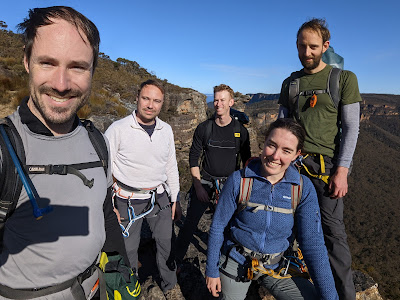 All in all a fantastic day of easy climbing and abseiling, but more than enough ropework to leave me feeling much more confident. Next stop, Canada!

Today I turn the big 3-0, what better way to celebrate than to write a list! I like lists. Especially when that list is a checklist of awesome things which I want to achieve while I am 30. Over the next year I will: Jump out of a plane Abseil off a bridge Get a tattoo MTB the full length of Kosciuszko National Park Ride the Convict 100 Ride the Port 2 Port (time 13h39m) Ride the Reef 2 Reef (time 11h27m) Ride the Cape 2 Cape Repair a friendship Learn to unicycle Snowboard in the northern hemisphere Camp on the beach Take part in a colour run Conquer my fear of caving Take a hot air balloon ride Go zorbing Get a pet Finish making my photowall Roadtrip further than 1000km from home Write a song Stay in a treehouse Complete a music exam in any instrument Record a TLV video with my bro Attend a music festival Donate blood Ski down a blue run (I've only ever snowboarded) Give to a charity anonymously Write at least 1 blog post each month Complete the TLV a