After a successful week of finishing my Masters degree, conducting the Gang Show CD recording and catching up on a long list of to-do’s around the house (which I’d been putting off for over a year due to the aforementioned Masters), it feels like time for a long overdue holiday. So for the next 6 days I’m off to Magnetic Island, just off the coast of Townsville, where I’ll be scuba diving, sailing, kayaking, and relaxing (whatever that is). 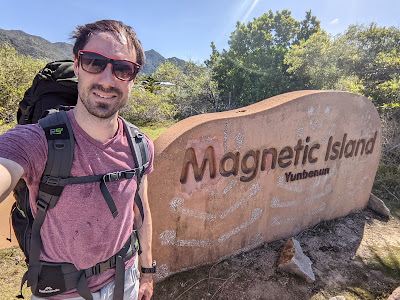 As the ferry from Townsville crosses to “Maggie” Island (as the locals call it), my first impression is the stunning beauty and calm waters, and I can’t help but feel like I’m walking into a postcard. I’ll admit the island lifestyle is a little too laid back for my liking, as most restaurants and shops are shut most of the time and half the tours I booked end up getting cancelled due to lack of numbers, but the location here more than makes up for it with a plethora of natural wonders and activities to do in the National Park which covers 75% of the island. 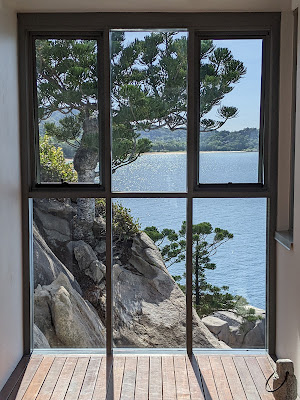 The next morning I’m back on a boat for a day trip to the Great Barrier Reef, where I’ll be diving on the John Brewer Reef. In the centre of this reef, the sandy seabed has been augmented with the “Museum of Underwater Art”, which consists of a metal frame (but open) greenhouse surrounded by sculptures of people, trees and gardens, all sunk to a depth of ~17m. 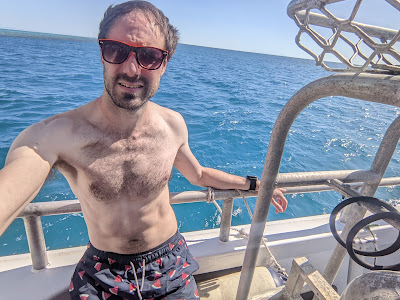 While I wouldn’t spend a whole dive just on MOUA, its a welcome addition to an otherwise spectacular reef, and contained a huge variety of fish to swim with immediately on descent. Despite its relatively young age, the sculptures already contain a lot of coral growth and marine life, which I can imagine will only increase with time.

Back on the island its off to the Forts Circuit walk through the national park, following tracks forged in World War 2 to build and operate gun stations and lookouts in defence of the Townsville port. It’s only a short 3.6km return trip from the car park but between the views, history and koala sighting it certainly had a lot of bang for your walking buck. Even just exploring the ruins of the concrete bunkers made it worth it for me!

Next stop on the water-based adventure was kayaking in Horseshoe Bay, where we took the right hand side of the bay out past the headlands towards Radical Bay before returning back via a short stop on a small beach. It was very laid back and maybe a little shorter than I hoped for, but an interesting tour all the same. If I were to visit Magnetic Island again I’d probably opt to spend a whole day and circumnavigate the island, but probably on a jetski instead!

As much as I prefer scuba diving to snorkelling, there are few better spots for it than on Magnetic Island where they have marked snorkel trails in both Geoffrey Bay and Nelly Bay. It also has the advantage of being a bit more accessible to those non-diving members of my family (ie. everyone but me) so I managed to convince both my brother and my dad to join me. The coral and marine life was beautiful, and extremely close to us at low tide. While not quite as colourful as the outer reef, we did still manage to get some amazing photos with dad’s Canon 5Dmk3 in a waterproof housing. 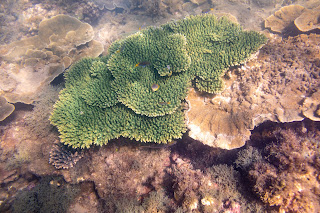 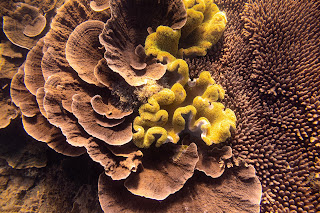 Scuba diving was the main reason I came to Magnetic Island, and the dive site I was most looking forward to was the Yongala shipwreck, but unfortunately as fate would have it this was one of the things which was cancelled due to numbers so I spent Friday morning doing a shore dive instead. My guide today was Anita from Pleasure Divers, a small dive shop in Arcadia just around the corner from where we are diving in Alma Bay. Pleasure divers is your typical island dive shop, very relaxed, easy going and complete with resident dive shop dog “Hero”. Here I met two fellow Sydney-siders Reece and Emmah, and so the 4 of us geared up and donned our 5mm wetsuits.

After a small false start picking up empty tanks, we had a fantastic 52min dive with all the hired equipment in good condition, but I will admit it was amusing to be asked to drive the old ute down the road to the dive site as Anita doesn’t drive manual! The highlight for me was right at the end of the dive as we headed back towards the beach at ~5m depth, when Anita found a turtle under a rock.  We later learned her name was Sally and was well known to the locals, but it was a highlight for me because its been at least 8 years since I was that close to a sea turtle! 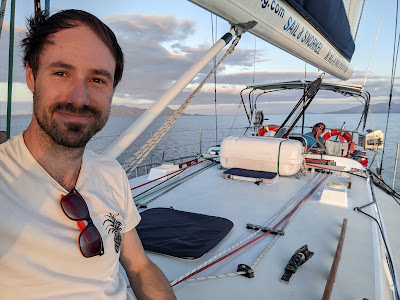 As the sunsets (literally) on a fantastic week of adventure, I jump on a sailing boat to watch that last sunset. While a few things were cancelled on me at the last minute, I did manage to go diving, hiking, sailing, kayaking, snorkelling and even grab a few beers with Hugo, a diving mate from Sydney, who was also in the area. Although I’m still not sure what “relaxing” means, I’ve definitely enjoyed the time away from the cold weather and rain of old Sydney town. Until next time, Magnetic Island, I will be back!