Ahh 2020, what a year you've been. Although the covid situation did put a large majority of my adventure plans on hold, that doesn't stop us from enjoying the small things. So right before NYE marks the end of this horrible year, it's time for a trip away... kind of. 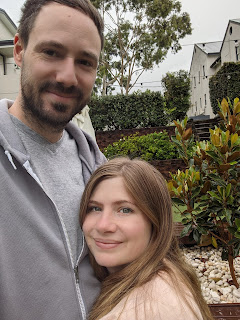 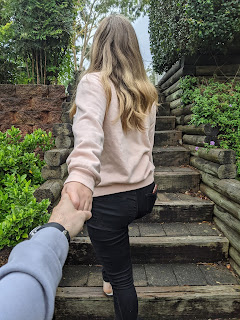 It's more of a stay-cation here in Sydney's Hawkesbury Valley region, a mere hour from home, at the Crowne Plaza hotel. Personally I don't usually see the appeal of a luxury hotel for the sake of it, but it looks like Mala likes it. 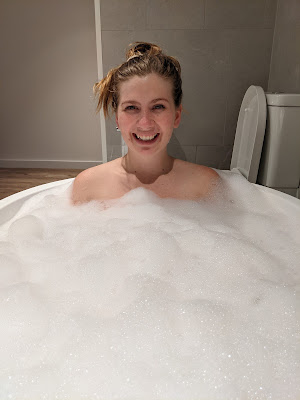 To me, a hotel is a place you stay in order to get somewhere, or be somewhere, to do something else. But I will admit as far as lounging by a pool, this location was pretty nice! So far this might look like I lost a bet to my other half, but I did manage to weasel one adventurous activity into an otherwise relaxing weekend....
The tree's adventure at Grose River Park is just across the road and has some impressively high (and sketchy) obstacles to conquer! To add to the challenge, its been raining most of the day, so everything is slippery. 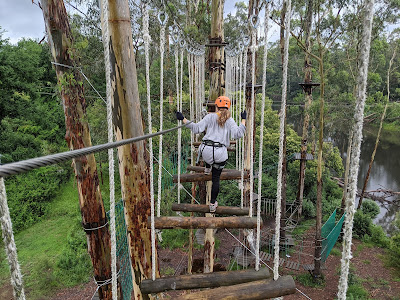 Despite being somewhat afraid of heights, and being told the highest course was non-optional, Mala managed to do alllll the things... and we're still together. 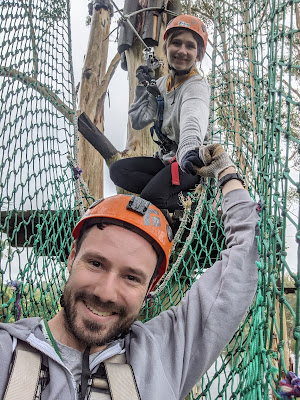