With so much disappointment and the dread of impending doom, what else would you do except an impromptu camping trip to the Snowy Mountains! 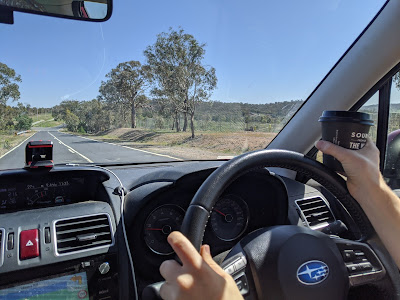 As you would know, I've spent a fair bit of time in the Snowy Mountains both in the winter for Snowboarding and Skiing, and in the summer for Camping and Mountain Biking, including that time I thought it was a good idea to bike-pack 338km from one end of Kosciuszko National Park to the other...

Thankfully this time we are taking things a bit easier than that, but still taking the road less travelled as we decide to drive in from the north end of the park along Broken Cart Fire Trail. After a stint of dirt roads between Canberra and Brindabella, we reach the National Park. It's all smooth sailing until we reach a tree... which fell in the woods. 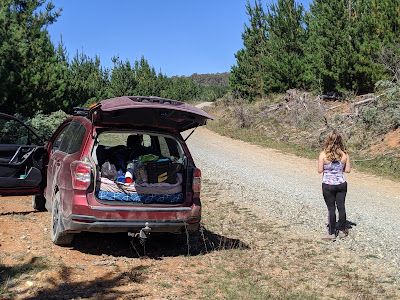 Now it might look fairly mundane, but this particular tree was in quite an annoying spot, as the whole tree had fallen, not just a single branch. The top of the tree, which we may have been able to break by hand if dry, was leafy and springy, the bottom trunk of the tree, which would have been easy to drive over, was propped up 1m off the ground by the high embankment on the side it fell from, and of course I didn't have a saw on me. *facepalm* 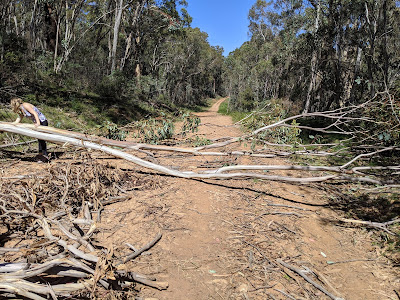 At this point our choices were, try to get past or drive 5 hours around to the other side, however Mala said that if we had to drive another 5 hours, we were just going home again... so try to get past it was!

After a bit of tree trimming, shaking, bending and manoeuvring, we managed to get the top end of the tree clear enough to drive over, all except for one small problem... There was a fork in the tree and we could only get 1 of the 2 branches to be at ground level at a time.

So faced with the possibility of a damaged car, a ruined trip, and an angry girlfriend, I decided we would give it a go anyway. We piled our heaviest objects in the car- water jerrys, eskys, Malas- on to one of the branches, and built somewhat of a log ramp to get the wheels up and over it with the least resistance. And it worked!

Onwards to the first walk I wanted to do today, one which I haven't done before, along McLeod's Spur Trail. But of course due to recent bushfires this was closed. See below artwork "Mala; unimpressed". 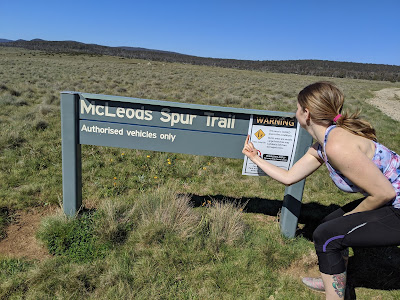 So on we drive to the Port Phillip Fire Trail, another location with a story. Ever since my first camping trip to the Snowy Mountains in the summer of 2015, I've loved the Long Plains region, and wanted to cross the Tantangara Reservoir via the Port Phillip Fire Trail rather than do the 2 hour drive around. Unfortunately the water level of the Tantangara Dam closes the trail, see below for an example of why. 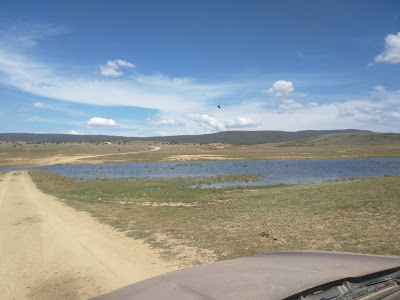 Every year I'd been back and the dam(n) level had been above the 22.5% required to open the trail, but this year it was FINALLY open!

On the other side of the water is the Currango Homestead, one of the few non-camping accommodation options in the Kosciuszko National Park. 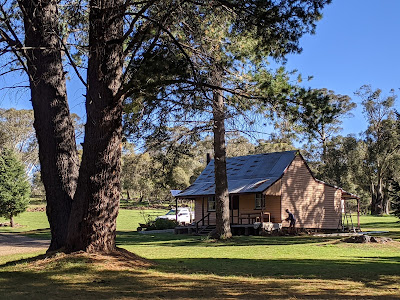 We aren't staying here overnight, but the pine-filled grounds are still a lovely place to explore. 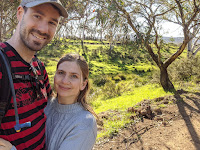 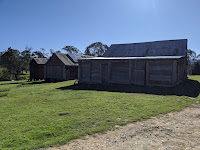 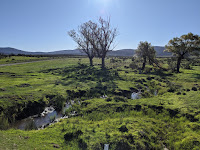 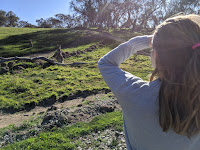 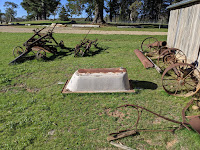 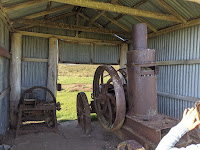 Next stop Long Plain Hut, where we set up (car) camp for the night and don our warmest (pink) blankets. 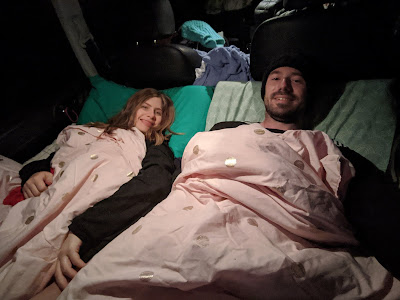 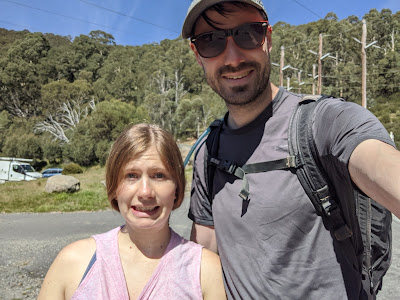 Now with a name like this, we weren't expecting much, but it turned out to be a lovely (but uphill) walk. 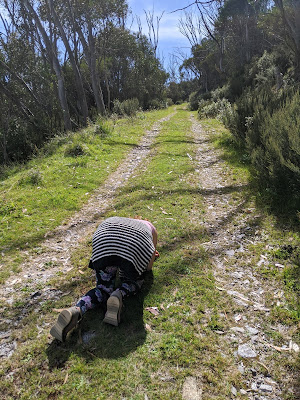 After a few hanger attacks... 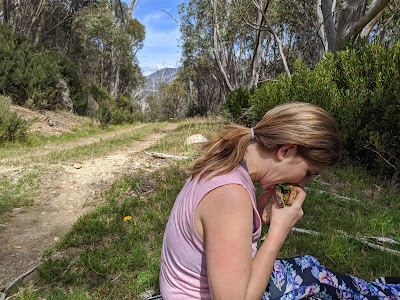 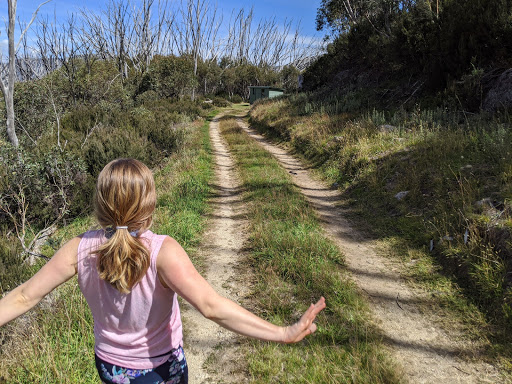 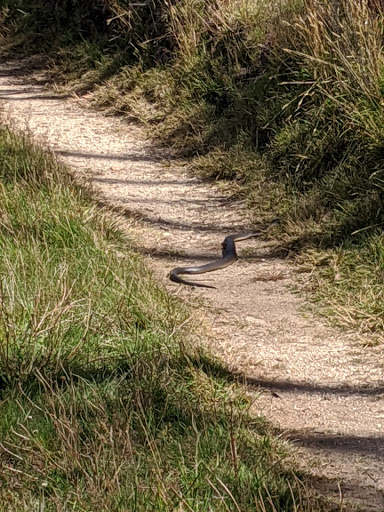 We reach the hut! This is one of the relatively few remaining huts in the Snowy Mountains which I haven't visited, so I tick it off the list. 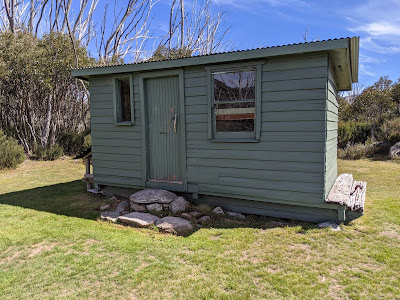 A few photos of the view, and it's back down the hill we go. 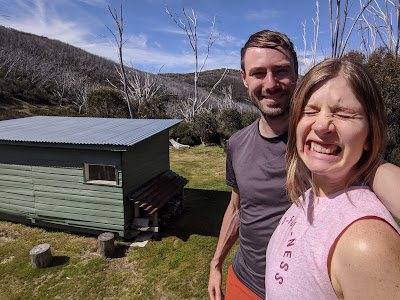 Back at Island Bend campground, it's time for a swim and some hard earned ciders (served ice-cold from our own private river-esky). 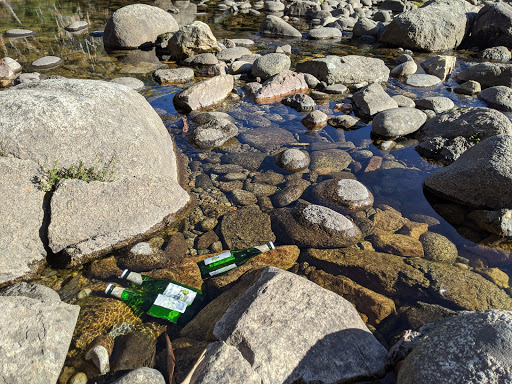 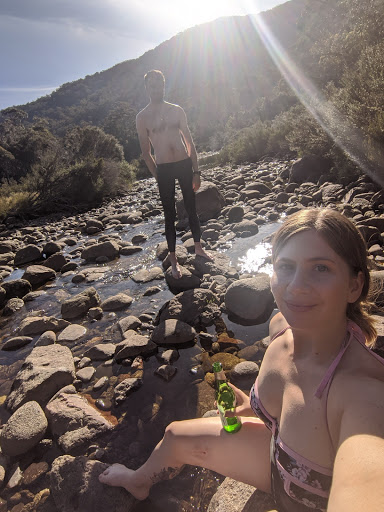 The last stop of our 3 day adventure takes us up the road to Charlotte Pass, where we walk up towards Mount Stilwell. 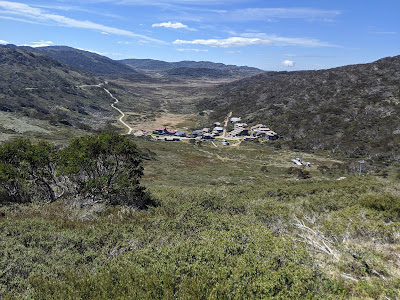 This trail follows the ridge line across the top of the Charlotte Pass ski area before continuing on to the ruins of the old Stilwell Restaurant, which was the half-way point when you used to be able to catch a chairlift from Thredbo over the range to Charlotte Pass. 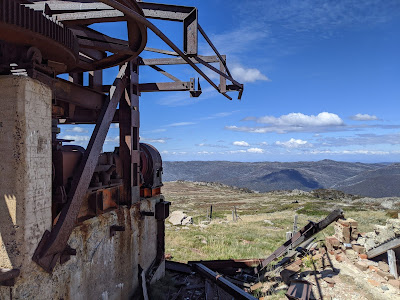 Although I've followed this trail before, the last time was in winter, requiring snowshoes, emergency equipment and a hell of a lot more clothing. Needless to say, this time was a substantially easier and shorter walk... something Mala was quite glad to hear. 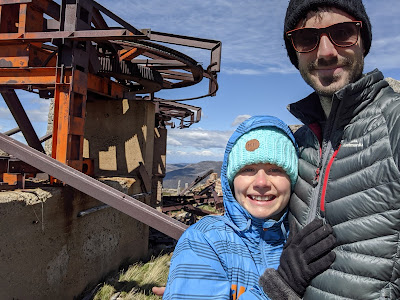