July 26, 2019
Another winter, another trip to the Australian “snow” fields, a term which I use loosely as snow in Australia can be thin, or ice, at the best of times. This year hasn’t been a fantastic season for the white powdery stuff, however fortunately I’ll be staying and snowboarding in Perisher, which has a significantly higher base elevation than my usual location at Thredbo and a vast area from which to attempt to find some decent runs. 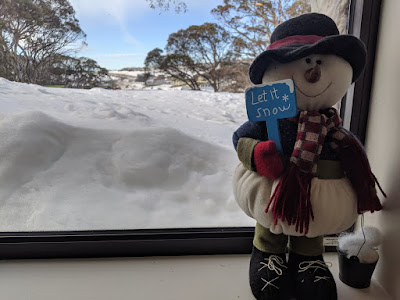 The adventure begins with a long drive after a short sleep, followed by the skitube alpine train, followed by an oversnow transfer to the lodge. We arrive weary but excited at the Kahane lodge in Perisher village, where my friend Alan is a temporary member as he knows someone… and I know Alan!

We waste no time in hitting the slopes for the final few hours of the first day, and I quickly realise 2 things: 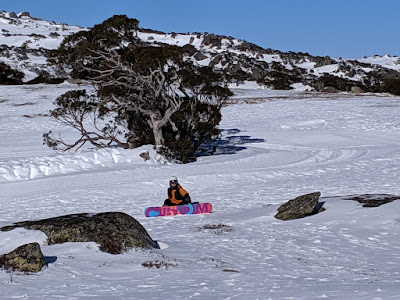 After a handful of runs feeling EXTREMELY rusty, we hit the lodge, hit the showers and hit the dining hall. The food at Kahane is fantastic and we waste no time in making a few new friends around the fire. Bring on the snow!

Our first full day on the slopes is a beautiful bell-bird day, bright blue skies, no wind, basically all lifts open, perfect conditions for snowboarding… except for the snow. The snow is icy, non-existent, and tracked out. 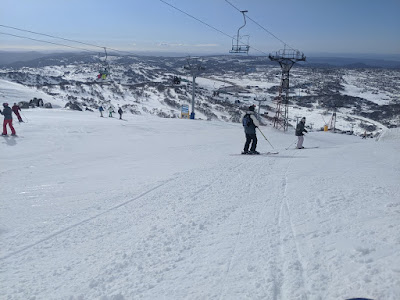 To top things off, during these first few runs I discover that the boa wire laces on my snowboard boot won’t tighten on my front foot, which is somewhat disastrous. After a quick google search I discover that it’s a fairly easy fix if only I can get the spare part required. Thankfully with a solid nudge from Alan I head into the shop and low and behold they already have the boa parts out on the table fixing someone else's boots! Within 30 seconds of handing them my boot, its back in my hand with boa repaired and tightening as required, nice save, and thank you perisher snow shop! 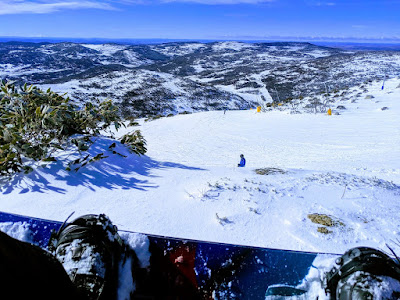 We spend the rest of the day hitting up some more obscure tracks and many tree runs, trying out the 2 new chair lifts in the process: Freedom Chair at Guthega and Leichhardt Chair in Centre Valley. Although there are definitely parts of Thredbo’s terrain which I prefer to ride, I can't help but be impressed with the sheer quantity of resort area and infrastructure at Perisher!

The next day is overcast and windy, but with the promise of fresh snow the next day I guess it’s kind of worth it? However, with low light lenses and picking the right runs it wasn’t all bad as we racked up the many runs of Mt Perisher. By this point Alan and I had made it our goal to use every open lift by the end of the week, so we did at least one run of each obscure T-bar along the way! 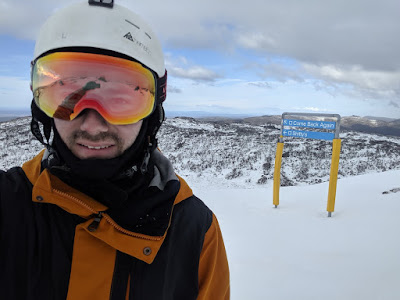 Today was also the first day I brought my GoPro onto the slopes to film some 360 degree footage from the newly installed screw mount on the tip of my snowboard. Despite the weather I got some great footage and my favourite runs can be seen above.

Overnight we get the much anticipated 10cm of fresh powder, which might not sound like much but it made a huge difference! The conditions on Wednesday were also beautiful, with clear blue skies and fantastic visibility. Easily the best resort day of the week, we hit a massive 40km of trails and film some of the sweetest 360 footage to date.

After picking up our hire gear for the backcountry adventure tomorrow, Alan and I decide that all this gear is mighty heavy and we can’t walk all the way back from the Perisher Centre to our lodge without stopping along the way to umm… quench our thirst. It was early in the arvo compared to our normal finish time so what the heck, we did the world’s shortest pub crawl back to our lodge.


From this pub crawl we learnt 3 things;

Back at the lodge, Thursday night is the party night and the theme is Heroes and Villains. Unfortunately I’ve completely forgotten to bring a costume prior to being reminded upon arrival, but thankfully I just happened to accidentally pack my Slytherin t-shirt from Harry Potter and the Side Trip to Melbourne! Little did I know, but my arch nemesis Harry Potter would also be in attendance sporting his signature nerdy glasses and Gryffindor tie. 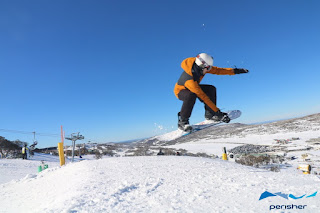 The night was a pretty basic party, but having just made some new friends in Jono and Lachlan at our dinner table, we gave the trivia quiz our best half-arsed attempt but didn’t think we’d have much hope. Little did we know that between us we actually covered the decades of superhero based topics fairly well and we tied for 1st place! Karaoke was announced, with the first round being a tie-breaker, and my (and Jono’s) competitive sides kicked in. Over a few beers we had just discovered that we’d met before in the musical theatre world so we quickly asked each other what our go-to Disney songs were. Naturally the overlap was “A Whole New World” from Aladdin, however there was one catch: he only knows the Aladdin line… looks like I’m Jasmine for the night. 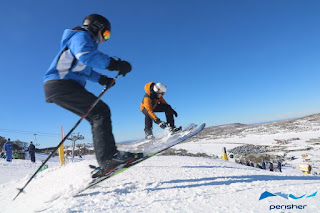 So we were up, and we took that carpet higher than its been in a long time, complete with sweeping arm actions, vocal harmonies and longing gazes into each others eyes. The crowd went wild with oohs and ahhs and laughter throughout. I don’t recall what the other team sang, but needless to say we won! 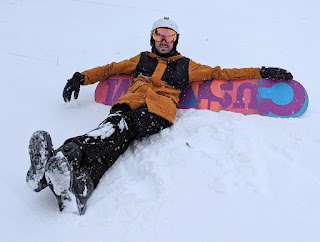 Our last day in Perisher brings our total distance travelled to 188km, with a top speed of 61km/h and 16,000m vertical descended. What a week!