April 21, 2019
I awake on day 4, camped next to the Eucumbene River, to the coldest morning of the trip. Thankfully it isn’t windy, but the sky is crystal clear and my bike and tent are both covered by a layer of frost! 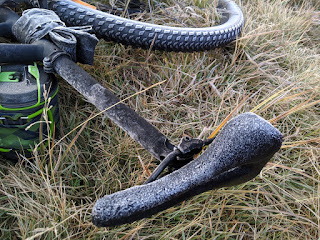 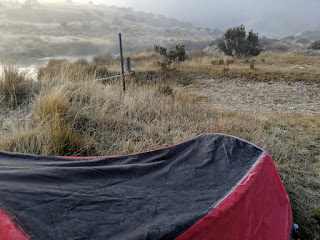 Today’s planned distance is only 51km, but with the most climbing of any day. Starting the climb up Four Mile trail is anything but an easy start to the morning, with most of it being so steep that it is impossible to ride. 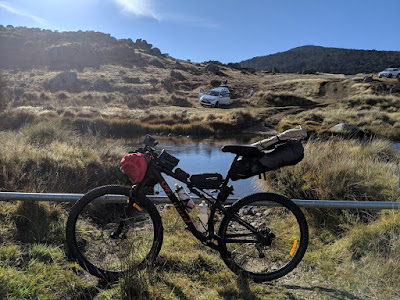 What may have been possible in my lowest gear with nothing on the bike is surely impossible now that I’ve added 19kg, especially today as I am fully stocked with food and water for the next 3 days without a check-in. 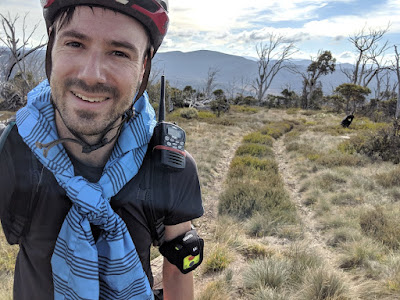 For a period I was averaging only 2km/h moving speed while pushing the heavy tank-bike up the hill, and regularly needing to stop for a break to catch my breath. Eventually I made it to the top and the view was pretty spectacular. Was it worth it? Probably not, but it was a segment of the ride I just had to get through so I continue with my journey.

Not much further and I’ve reached Broken Dam Hut, another one of the historic huts which I haven’t visited before. This is a beautifully well maintained (and I believe recently rebuilt) hut which would be worth staying in another time, but today I’ve got another 40km and 3 more huts scheduled. 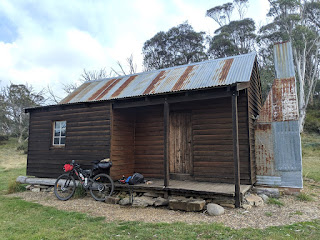 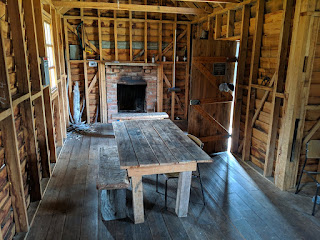 After a further climb up and over Tabletop Mountain, it’s down into the plain to Happy’s Hut. Here I run into 2 teenagers, couldn’t have been older than 15 or 16, who are hiking through the well-known Australian Alps hiking route. As I stop for lunch they are packing up from lunch and head on their way, but before they go I find out that this is day 23 of their hiking as they started somewhere near Melbourne! Coincidentally enough they are headed to Brindabella, to finish their trip where I started mine. They expected it would bring them to 30 days, wow, good on them! 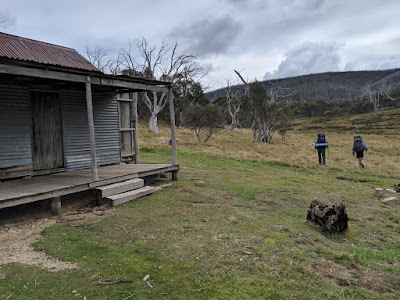 After leaving Happy’s Hut I follow Happy Jack’s (dirt) Road around to Brook’s Hut for a quick stop, then on to the final 14km into Mackay’s Hut. 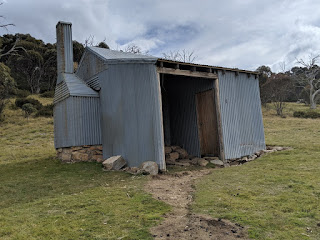 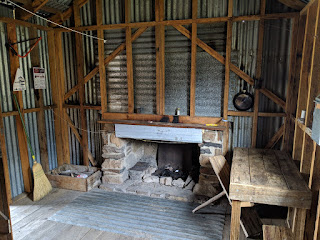 Upon arriving at Mackay’s Hut I’m immediately drawn to the beauty of both the hut and the area itself. The view out from the hut is fantastic and it doesn’t take more than a moment before I decide this is the spot to stop for the night. 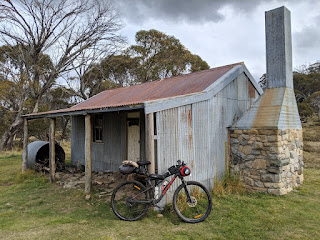 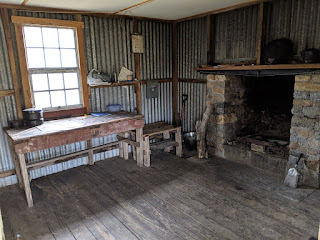 It is only 3.20pm, and the next hut is a mere 9km away, but I think I made the right choice to have a relaxing afternoon. There is no guarantee that the next hut will be anywhere near as nice (spoiler: it wasn’t) and I didn’t need to overdo it today with 2 more days until contact with the outside world. 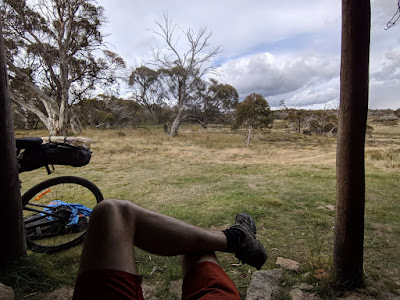 After I set up camp and make myself comfortable, a few others start arriving to Mackay’s for the night. I make new friends with Sasha, Lyndall, Felix and Julie as we share stories and chocolate. It’s just about dinner time when they say that they’ve over-catered and are leaving the area the next day so asked if I’d be happy to help them eat some of their home made dehydrated massaman curry to save them carrying it out. 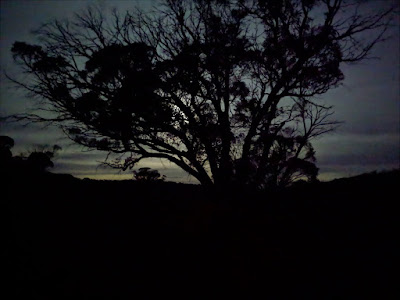 Look, it was a tough ask, but I decided to take pity and help them out. It was a delicious meal, fantastic to share with some new friends, and culminated in my latest night yet… 8.30pm.