Harry Potter and the Side-Trip to Melbourne

February 11, 2019
Welcome to your Defence Against the Mediocre Holiday class, I will be your teacher this year. In today’s class we will learn how to combine a weekend away, booked long ago for one specific reason, with a longer interstate trip, to create a side-trip of epic proportions. And so begins the 8th installment- “Harry Potter and the side-trip to Melbourne”! 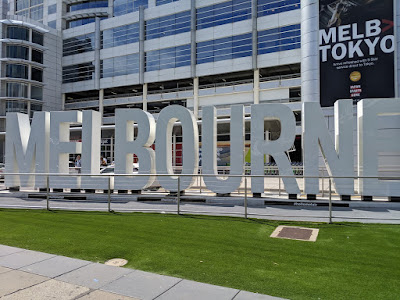 It all began with the announcement of the play “Harry Potter and the Cursed Child” coming to Australia, specifically to Sydney. Myself and a few friends were quite excited to see this so we registered for the pre-sale announcement and were in the first online queue for tickets when they came out. Even then it was hard to tie down. Despite being lucky enough to be ~2000th in the queue (of ~20000 on day 1), we couldn’t get our first choice of dates! 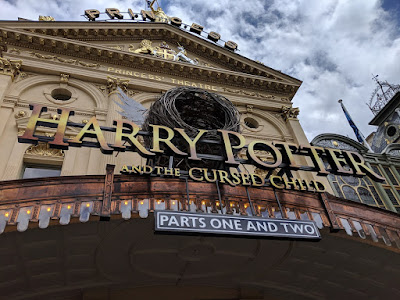 Being so far in advance, this was locked in well before any details were finalised for my Tasmania trip with a different group of friends, but once this all played out it turned out convenient to fly from Hobart directly to Melbourne on the Friday morning of the Harry Potter weekend rather than go home to Sydney first. This worked out great for me, arriving Friday morning and having the day to catch up with a few Melbournian friends before Merrilyn and Chris arrived Friday night, however little did we know the weather had other plans. 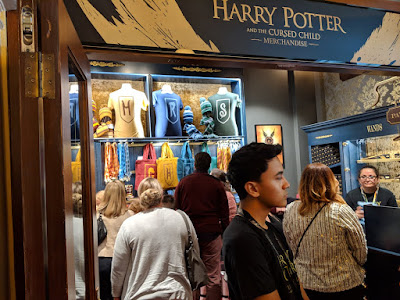 I start seeing ominous weather reports for Sydney during the day and I’m hoping that their flight doesn’t get delayed. Meanwhile in Sydney Chris and Merrilyn have left work early, gotten themselves and their stuff to the airport, which is no small feat because did I mention- Merrilyn is substantially pregnant! They sit and wait… for hours… as their plane is delayed 10 minutes, then 30, then an hour, then a few. Then of course the board changes to cancelled. Immediately to the service desk and they are told not to bother but rather get on the phone instead. While on hold they make the call to go home, as with Sydney’s strict curfew there is little chance of further flights tonight, but of course they get home to discover that their “cancelled” flight is now somehow miraculously uncancelled and is leaving the airport in 20 minutes. 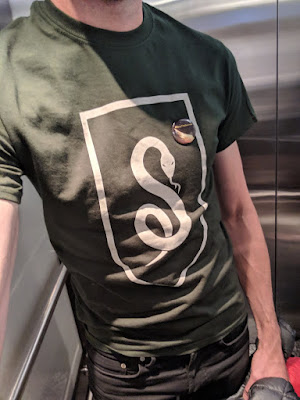 It’s safe to say that the now furious Chris is somewhat unimpressed by this news, has a few carefully chosen words to the airline representative about his furious (and pregnant) wife’s similar displeasure at the situation. They manage to get a refund, however at this point this is of little use. There is no flight with any airline which they can get on tonight, and no flights from Sydney the next morning which will land before 2pm, when $400 tickets (EACH) go to waste. Meanwhile they are texting me and keeping me updated as I sit in an irish pub, drinking a pint of Guinness, madly trying to think of / find anyone in Melbourne who may be able to take these seats tomorrow should my dear friends be unable to make it. *Actual photo of me at this time* 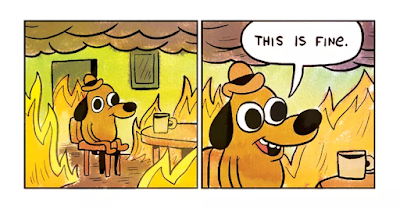 Thankfully they manage to find a flight on Saturday morning which will get them to Melbourne on time, only catch- it leaves from Canberra. So rather than drive to Canberra so early and tired, then have to get their car home again at the end of the weekend, they find an early morning coach which will get them to Canberra. So they let me know this convoluted trip, with many tight change-overs, and all 3 of us hope for the best as they try to get *some* sleep before their saturday morning, which involves the following:

I awake on Saturday to a snapchat of them at the coach depot in Canberra, and my breath is held for the remainder of the morning, but they actually make it! After checking into the hotel, and a much needed shower, they meet me for a well deserved pizza & beer lunch before the 2pm show. Walking into the Princess Theatre, with the Harry Potter theming all the way to monikers on the wall and in the carpet, all of the trials and tribulations of the past 24 hours seem to evaporate. We are here. We made it. 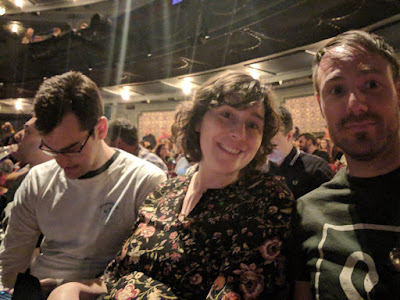 I’ve promised myself that I won’t give anything about the actual play away (#keepthesecret) but I will say this, it’s amazing! If you are any sort of Harry Potter fan, you will love it. It is well worth the trip to Melbourne, it is well worth the price tag, and above all it is well worth sitting through 2 whole shows (4 acts in total) to see the whole story all at once! From a theatrical perspective, it is technically a play, however I would call it a musical. Although there is no singing, scenes are often underscored by music, and the passage of time is shown through choreographed dance sequences to music where the main characters weave in and out of the scenes. In my opinion, the way this is staged has no less musical involvement than any modern musical, they just don’t sing. 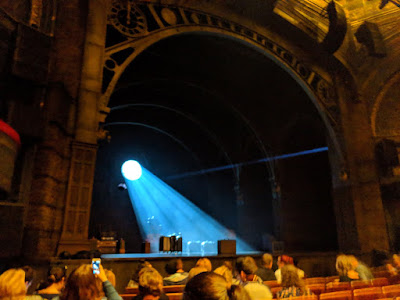 Now that we’ve addressed the primary reason for being in Melbourne- this unique beautiful funny dark and endearing play musical- let me tell you about the extra reasons which made this theatre day into the epic side trip I described earlier. Upon arrival in Melbourne, and with a whole day to kill, it was a great time to catch up with some of my friends from the european TopDeck tour I was on last year! 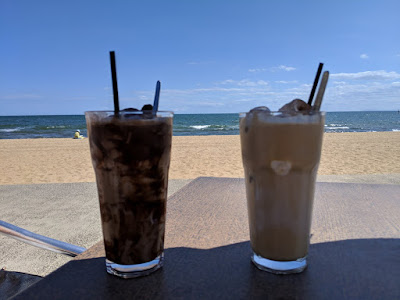 Top-bloke Tash picks me up from the airport to save me the horror of airport transportation and we hit the town with a solid burrito and milkshakes on the beach. 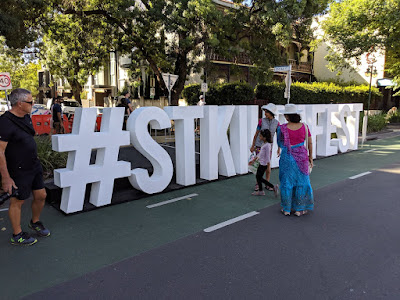 It’s great to catch up and hear about all the things she’s been up to since Europe and we make plans to hang out with a few others on Sunday at the St Kilda Festival, a free music festival which I just happened to be in town for! 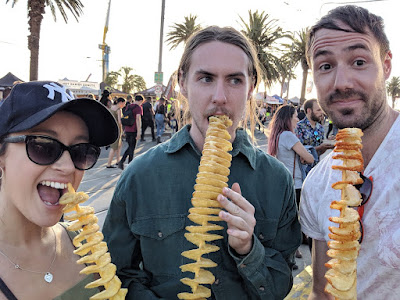 Cue Ben & Row, two more of my faves from the Euro Top Deck, who have just recently moved into the city from regional Victoria. We all catch up at St Kilda, with a few thousand others, as we enjoy the tunes, the laughs and the curly fried potatos of the festival!

On to my final day in Melbourne, and the end of my epic Tasmania/Victoria adventure. I start the day right in a cute cafe called The Kettle Black, with a coffee, some delicious salmon, another coffee, a cursory glance at 2 weeks of emails, and another coffee. 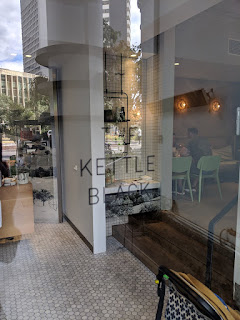 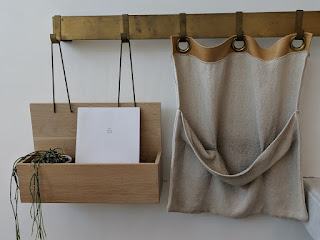 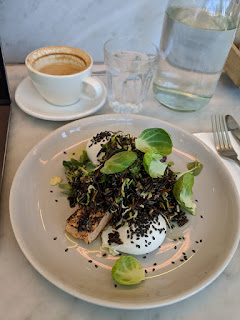 After this it’s on to the National Gallery of Victoria to see the Escher X Nendo exhibition. I’m the first to admit that I don’t always care for art, but give me perspective drawings, repeated patterns, objects that can’t exist, optical illusions and then explain the maths and science behind how he did it, now THAT I can get behind.

I think I read every paragraph of notes and took a photo of every piece in this exhibition, but here are just a few of my highlights: 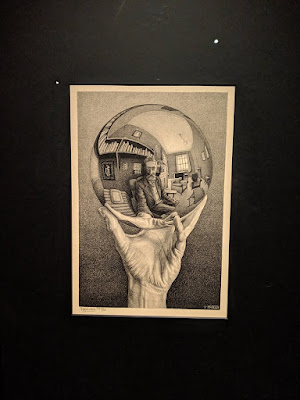 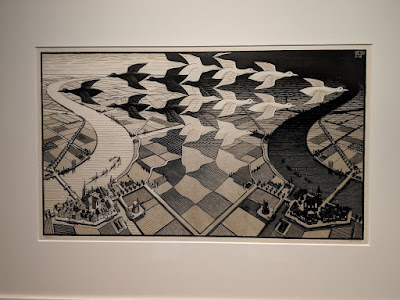 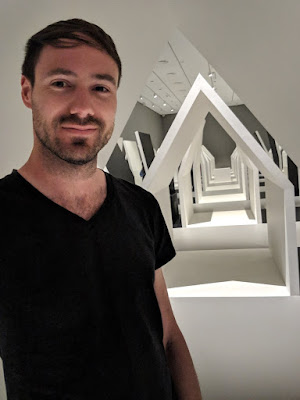 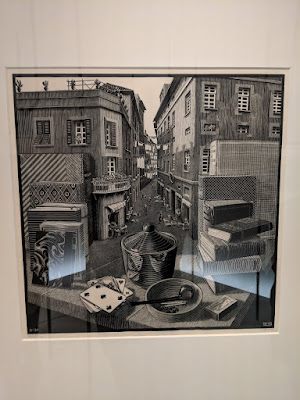 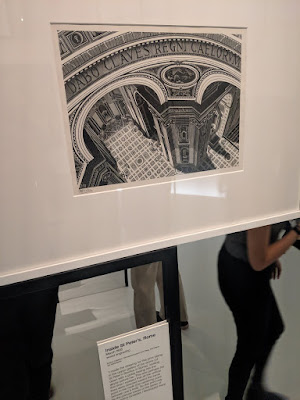 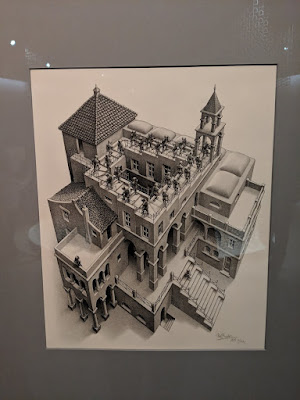 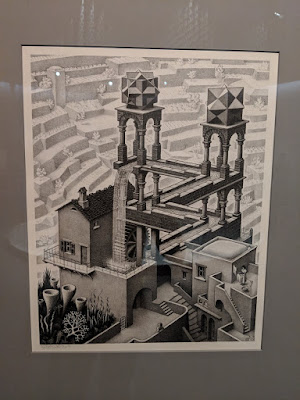 It was a fantastic exhibition, and the final of many great adventures I’ve had in the past 2 weeks with Naomi, Nick, Matt, Merrilyn, Chris, Tash, Ben and Row! Thank you all :)
Music Festival Theatre Trip:Tasmania Overland
Location: Melbourne VIC, Australia