October 05, 2018
Today I’m headed for Prague in the Czech Republic, the first country since leaving London which doesn’t take the Euro. But before I continue to bitch about the currency and awkward exchange rate, this morning is actually a more sombre part of the trip as we stop at Mauthausen, a former concentration camp used by Nazi Germany in the 2nd world war. 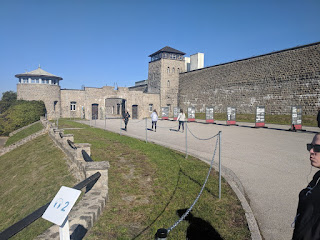 Our bus arrives at Mauthausen with an odd silence. Our usually rowdy crew is somewhat reserved and apprehensive about what they are about to see. The majority of us are Australian and won’t have had family directly impacted by the treatment of people in concentration camps, but the significance of this is not lost on us. 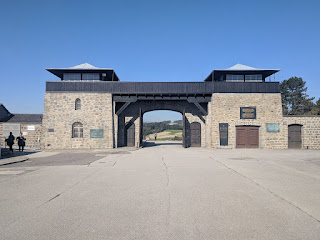 The cloudy day has a chill in the air, quite befitting of the site we are about to take in. The building itself, inside the fortified stone walls, could be any historic building or castle which we have seen during our trip across Europe, but the knowledge of what happened here is a stark juxtaposition. If anything, the normality of the buildings, at least from the outside, further emphasises this.

Taking an audio tour while walking the grounds alone is a sobering experience. After seeing the steps down to the quarry, where the prisoners were worked hard, often to death, we meander through a series of memorials created by each country affected by this horrific segment of history. 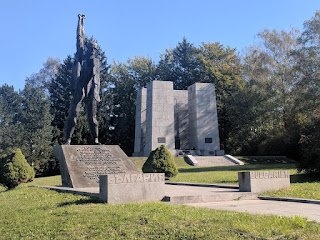 It is hard to put in words the feelings evoked by hearing about the inhumane treatment which happened on the very spot you are standing. The idea that all this occurred in fairly recent history is scary, but it left me thankful that places like this exist, that we can see and hear what happened and remind us, in the hope that education of past atrocities will stop history from repeating itself.

The one moment that really hit me was walking through the below ground level of the infirmary building, towards the end of the tour. After seeing the incinerators for cremating the dead, there were 2 rooms; one small room with pipes and a door which sealed, and another with black stone covered in glass with 1000s of names written in white. 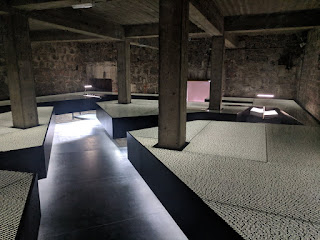 Walking into this room is something I will never forget.
Trip:Europe2018
Location: Erinnerungsstraße 1, 4310 Mauthausen, Austria