From Paris to Berlin

October 08, 2018
It’s day 16 of my Topdeck trip and I’ve traveled from Paris to Berlin (and every disco I get in, in, in). Arriving in Berlin tonight will be the penultimate stop on the bus tour and I can’t wait to experience the night life for which Berlin is famous.

On the way we stop at the restored German city of Dresden, which was bombed practically to the ground at the end of the 2nd world war. The buildings have since been restored, but some were only recently completed in the early 2000s despite the damage being done more than 70 years ago. While the history of this town in quite interesting, the thing that really stood out to me is how black and charred many of the buildings are, as they were intentionally rebuilt with as many of the original stones as possible. 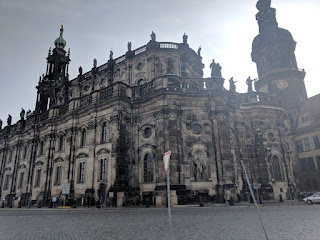 Once in Berlin we visited all the obvious sights, including the Berlin wall. Following along the bricks marking the old line of the Berlin wall, it was incredible to see how different the east and west sides of the wall were, and even today still are different. 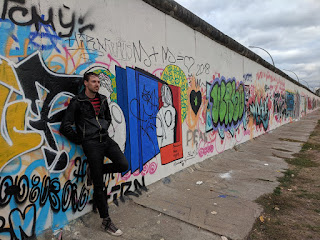 The next day we started with the Third Reich walking tour, taking us through the politics and logistics of Hitler’s rise to power. For someone who never studied elective history in high school I certainly found this educational, and it explained how such a catastrophic situation of absolute power could come about, step by step. It humanised the process, and the man himself, though I’m not sure whether that makes me feel better or worse about the atrocities which followed. 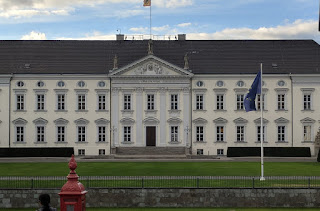 Without making this blog post too much more depressing, I’ll mention one more specific thing which I found moving, the Holocaust memorial. This memorial, sitting in Berlin’s city centre, has the full name of “Memorial to the Murdered Jews of Europe”. With just the name, this shows how the German people accept what happened as a statement of fact, not something they need to shy away from or pretend didn’t occur. In my opinion, this attitude is the best chance we have (as the human race) to avoid repeating the atrocities of the past. Walking through the grey block maze of the memorial is a moving experience which I highly recommend to anyone visiting the city of Berlin. 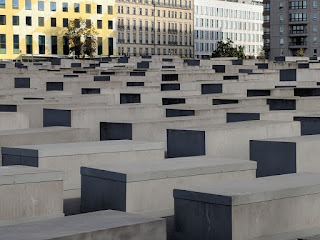 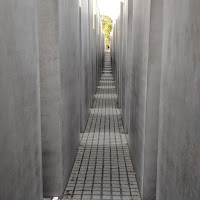 After our walking tour, a group of us decided to get a bird’s eye view of the city from the tethered hot air balloon near Checkpoint Charlie. At 150m up in the air, you’re higher than just about everything except the Alexander tower and the view is stunning.


In the evening we go on a street art pub crawl with a local artist, living and working in Berlin. His conversation was a little deep in places but enthralling at the same time. After an evening of interesting art and cheap drinks, we get to the Matrix club on the east side of Berlin. Needless to say it was an epic night, and I can now truly say that from Paris to Berlin, in every disco I got in, my heart sure was pumping. 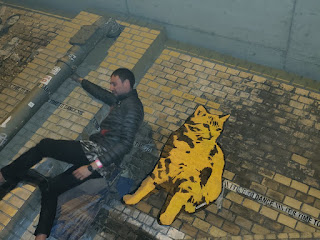 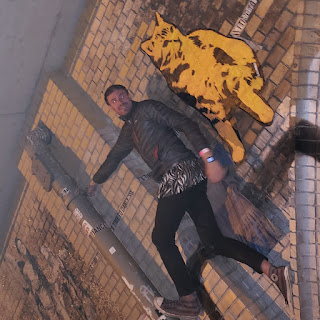