October 16, 2018
So I’ve just finished up a long day in Stockholm and gotten on to the overnight train to Malmo. The sleeper carriage itself was remarkably comfortable and I was able to sleep pretty solidly from 11pm until 6:30am, shortly before I arrived in Malmo. 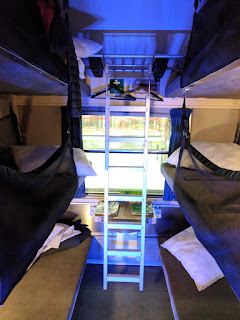 Once in Malmo it was off with my plans to see all the things I want to see between now and when my train leaves at 6pm tonight! First stop was Malmöhus Castle, which is a beautiful old building, but I didn’t go inside. 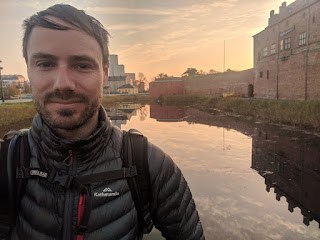 I explored Kungsparken and Slottsträdgården, the 2 parks surrounding the castle. At this point it was still before 8am so everything was super quiet, but I enjoyed the peacefulness of a city pre-work hours. 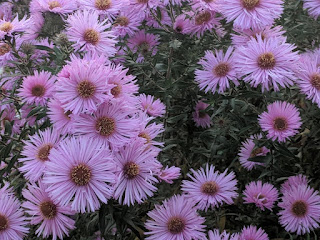 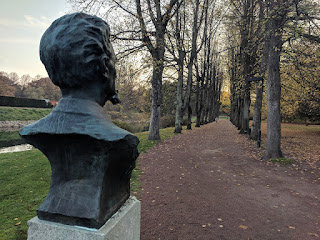 I also found a tree which looks easy to climb and figured why not. The tradition of Doug and Dave climbing things will live on! 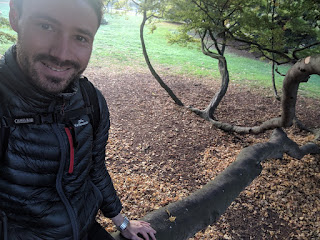 Once I was done exploring the gardens and taking way too many photos, I visited the 2 major squares in Malmo- Lilla Torg and Stortorget. Both were interesting and worthy of a 360 photo, but oddly deserted.

After a break for coffee and breakfast I head to the Tourist InfoPoint across the road from Central station, where I hire a bike and start the self-guided audio tour. I’d be lying if I said I wasn’t starting to get a little over audio tours of the history of European cities, but if nothing else I enjoy the bike ride. Having said that, there was one particularly great fact which the audio tour told me about St Peters’ Church which made it all worthwhile. 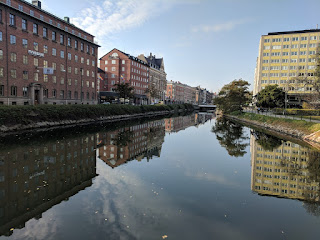 You may recall the classic joke in Monty Python’s Quest for the Holy Grail, where “everyone said they were daft to build a castle in a swamp, but they built it anyway!”… This is literally the story of the bell tower of St Peters’ church in Malmo. They built the tower in a swamp… but it fell down… and 3 more times they rebuilt it… and each time within a decade it fell down… They built a 5th version, which caught fire, but the 6th one stayed up! 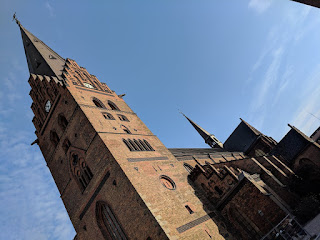 The audio tour took me around most of the other sights I wanted to see, and getting around by bike was easy and efficient. I took a slight detour to Ribersborg beach, where there is a long pier with an awesome view of the Turning Torso. This is a modern building which has won many design awards and one of the main landmarks of Malmo. 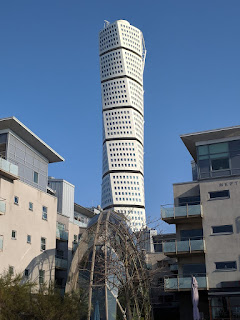 By the time I get back to Malmo central and return my bike, I’m pretty much done with Malmo. It’s been a great day but I’m ready for the train. I spend my spare hour sitting in the public library a short walk away where I can find peace, quiet, and free wifi. 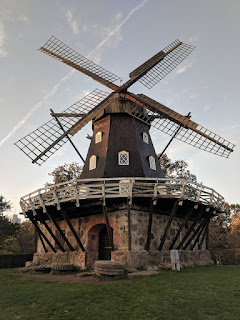 Now this is where this blog should probably end, that I get on the train to Copenhagen and that’s it, but little did I know what adventure lay around the corner…

For prosperity I will retell this epic tale as if I were a medieval knight. Just run with it, okay? So there was once a brave knight, a Dave in shining armour. He was headed from Malmo to ye olde Copenhagen by way of electric horse (train), but alas he had not eaten since early morn. Once he arrived at the station, with 25 minutes before his electric horse was set to leave, he thought his stars had aligned and the gods are in his favour, as this would surely be enough time to eat before he leaves… but yeah so I ordered a pad thai and it took like 20 minutes!

He attempted to eat ravenously but the cook had it in for him. Not only had they made it way too hot, but also too much. Alas the poor knight, as fast an eater as he was, had no choice but to scoff a mere half and take the other half away for later. He runs into the station, the metaphorical electric horse biting at his heals mere minutes away, when he realises: “Oh no, I cannot leave, for I have left my trusty stead! (backpack)”.

After retrieving his stead from the stables (luggage storage), he springs into a gallop, leaping escalator steps thrice at a time… (the suspense is killing me)… and he arrives at the platform just in the nick of time! Only to find, of course, that his electric horse is running late and won’t be there for another 30 minutes.

Sitting on his bare ass (donkey -> stead -> luggage) on the cold concrete floor of the electric horse platform. He defiantly opens the aforementioned take away portion and devours it, cursing at the chef god for the irony which has ensued. He finishes the meal and settles in for the long wait for the electric horse, when alas the horse god decides to play his hand… For this is when the announcement cometh over the electric bell that there is an electric emergency at the electric horse electric station, and one must leave…. Electrically- AHEM- I mean, immediately.

He awaits information outside, in the freezing cold of the Scandinavian…Autumn… But hears only Swedish information, which is alas, incomprehensible as it is not his native tongue. Finally after much back and forth he is told that there has been an accident and all electric horses are cancelled until further notice.

Just as our brave sir knight, our Dave in shining armour, has lost all hope, enter the heroine of our story! A local Swedish knightress of brown hair, pale skin and blues eyes (I don’t actually know her eye colour, I’m taking some artistic license here) comes on the scene and asks the brave sir knight if perchance he is bound for Copenhagen. Not used to the attention of attractive young Swedish babes, the good sir knight replies hesitantly “English only sorry” as at first he did not understand her local tongue, and then “yes, but why?”.

She explains that if we quarter the cost of the taxi horse, perhaps we will get to Copenhagen sooner and for a reasonable amount of gold pieces. Upon the collaboration of 2 more passing travelers, the foursome of steads head on their way, Copenhagen bound.

And after a moderately quick journey, our brave sir knight, our Dave in shining armour, reaches his destination. 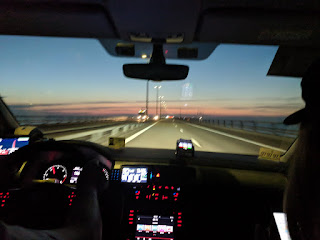